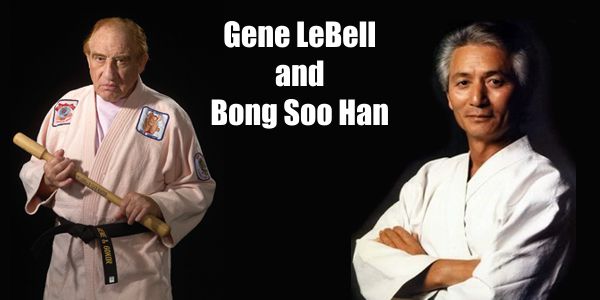 I began studying martial arts because I was being bullied at school; this was in 1964, long before there was a dojo on every corner in every city. In fact, so little was known about the arts back then that most people called it, “Jap fighting” in reference to combat tactics used by the Imperial troops of Japan during WW11.

My start was in Shoryn-Ryu under sensei Shoshin Nagamine and his top western Black Belt, Jim Wax.

As years passed I began cross training in several forms of ju-jitsu, judo and a couple of Korean arts as well.

In the process I became friends with many Martial Art pioneers and martial art legends. Sadly some of those individuals have passed on leaving many precious memories in their wake.

After sharing some of my martial arts stories, Dana Stamos asked if I would put a few of my recollections to paper for the individuals that peruse this site. I have agreed to do so, even though it will be a double-edged sword for me as some of the people I’ll be talking about have passed, and it saddens me deeply to recall the good times we had knowing that those times have ended.

With that said I am honored to remember the memory and deeds of those that have passed and to brag about those that are still around in the following pages.

In the early 70’s after moving from Dayton Ohio to Los Angeles, California, while working as a TV director and producer for KCOP-TV I met a man that I am proud to say has choked me out more than any person on the planet; Judo Gene LeBell.

One of the shows I directed was Boxing from the Olympic Auditorium. Gene’s mom ran the place and was the fight promoter; in fact I believe she was the first woman fight promoter in the nation.

When Gene and I first met our conversation immediately turned to martial arts; he then invited me to visit and train with him at his “Open Mat” dojo at LA City College with him and judo champion Hayward Nishoka, Of course I jumped at the chance.

Let’s jump forwards a couple of years and let me get to one of my favorite “Judo Gene” stories. Anyone who knows this living legend will tell you he has a great if not perverted sense of humor. For example, Gene will have you mercilessly pinned on the mat, giving you a rug burn by scraping his unshaven chin against your forehead all the while asking you the question, “Who’s the best looking judo player in the world???” And, until you gave him the answer he wanted to hear Gene would continue to punish your body in uncountable ways. Once the reply, “Gene LeBell is the best looking Judo player in the world…” was muttered (twice) the pain stopped.

Gene is like a playful grizzly bear and you are nothing more than human dental floss in his grip. All the while you’re being mauled he’s cracking jokes. Famous for his pink gi and big smile Gene is one of my favorite people in the world.

Okay so back to the story, I’m at the Olympic, its about an hour or so before air time and the crowd is trickling in as Gene and I stood near the food court talking about the up coming fight.

To Gene’s rear I heard a commotion, Gene snuck a quick peek at one of those round mirror things on the wall that allows you to see around a corner then he turned his attention back to me and continued to chat.

Behind Gene I saw Clancy the Olympics security guard running after some guy that had apparently ran off with a hot dog without paying for it and was heading for me and Gene.
Gene changed the subject and began talking about a cross-collar choke that we’d worked on in class the previous night.

Without taking his eyes off me, he reached out and snagged the hot dog thief by the collar and put him to sleep with one hand. Again, Gene never once looked at the guy and treated the ordeal as if it were a sidebar to one of his classes.

Clancy drug the poor guy off as he was starting to wake up, Gene was trying to hold back a smirk and I just said to him, “Now you’re just showing off.” With that he broke into a huge laugh and grabbed me around the neck.

That’s just one of many “Judo Gene” tidbits that I have in my martial art memory bank.

As a freelance writer for most all of the martial art magazines I’ve scribed quite a few articles on Gene and many of the other individuals I’ll be talking about as this collection of stories goes on.

In 1974 I wrote, produced and directed the first martial art TV special ever done in the United States for KCOP-TV. It featured a potpourri of names that are now etched into the annual of numerous Halls of Fame.

This was before the bright lights of Hollywood and subsequent huge paydays had embraced the martial arts community. People like Ed Parker, the Urquidez Brothers, Hidy Ochiai, James Lew, Eric Lee, and Bong So Han were all eager to share their skills in front of my cameras.

Bong So Han had just finished the movie, Billy Jack. The film was a huge hit sending kids into dojos around the nation all wanting to learn how to do the “Billy Jack Kick,” Master Han’s assistant agreed to have him at the studio to do an interview for my show; what I didn’t know until tape was rolling was that Master Kong didn’t speak a whole lot of English. The interview was rough but his skills on film spoke volumes for him.

I immediately took a liking to Master Han and like Gene he invited me to train with him at his Santa Monica school. He taught me how to kick above my head and I helped him with his English. In the process we became good friends.

This ferocious fighter was in truth a kind and gentle man, soft-spoken with never a bad word to say about anyone. If you were to open Webster’s Dictionary and turn to the word “gentleman” there should be a picture of Bong So Han, because he was the consummate gentleman in every sense of the word.

My favorite memory of Grand Master Han centers around Rocky, a wild squirrel that come to my Woodland Hills home every day for dinner. My house was on a hillside supported by cantilevers upon which I had a large open outdoor deck that brushed up against an army of tall trees.

For several years Rocky was a daily visitor, sometimes he would even bring his family along the smorgasbord of nuts that I’d hand feed him. Rocky would even bang on my sliding glass doors to let me know it was time to eat. The furry rodent had become a part of my family (I had two dogs as well) in fact Rocky and my dogs would often play with each other.

One summer afternoon I’d gone to Von’s and had the baker create a special cake made of nuts for Rocky to celebrate our 4th year of friendship. It was early in the morning, very early, and I heard Rocky tapping on the sliding glass door to my bedroom. I yelled, “Go away, it’s too early. Come back in an hour or so..”

But the tapping continued, then it got weaker and weaker then nothing. My heart stopped, I knew something was wrong. I sprang from bed and ran outside to see my friend lying in a pile of blood.

Apparently Rocky was chewing on a thick piece of rope that was holding a heavy plant suspended from the wood beam on my deck. He must have chewed the knot from the bottom of the rope causing the plant to fall and crush him.

The blood trail showed that Lucky had crawled several feet to my door and was trying to tell me he needed help. I was crushed beyond tears.

When I told several friends about what happened they could barely hold back their laughter, in a macabre sense of irony, seeing a squirrel chew the knot off the rope only to be crushed by the plant it held would be funny in a cartoon, but I did not see the humor and was angry at those who did.

Weeks went by, I spoke to no one, did not leave the house much, tore down all of my hanging plants after burying Rocky under the house. After missing several classes Master Han called, concerned, as it was not like me to not show up.

I went to his office, we sat and I told him about Rocky. He did not smile, nor think me a fool; instead he put his arm around my shoulder and said nothing.

Decades later, in fact a few months before he passed away from cancer I sat recounting old times with Master Han, when he gently asked if I’d every gotten over Rocky’s passing. He was still genuinely concerned, and he remembered what many would have considered to be a trivial if not silly event.