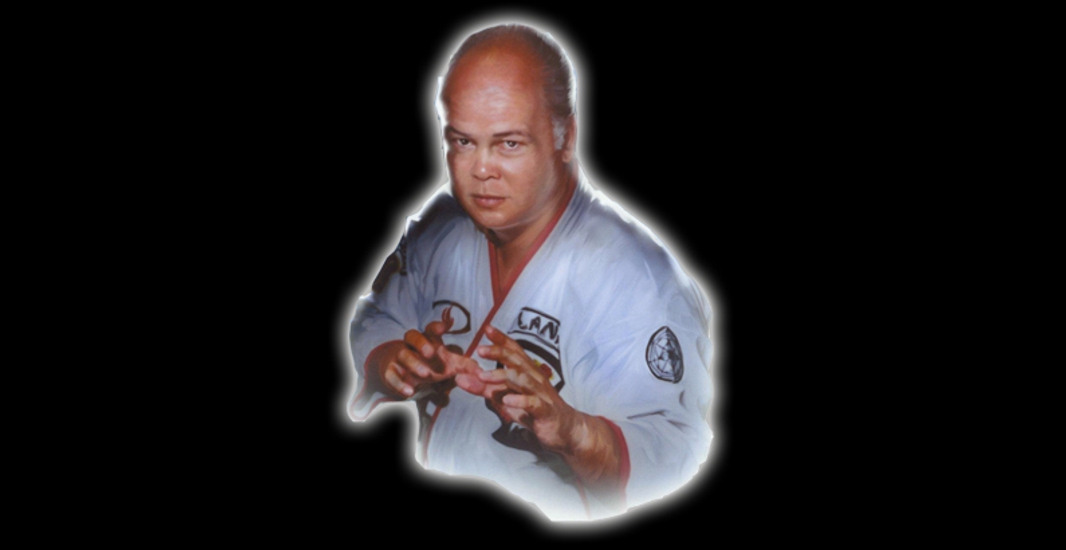 Mr. Richard Planas, also known as Huk Planas, began his training in Kenpo in Fresno, California in the late sixties under Steve Labounty and Tom Kelly. He moved to Texas to Help Tom Kelly open a school in El Paso in 1969 and then moved to Pasadena, California to go to work for Ed Parker as a Brown Belt. He received his Black Belt and all subsequent rank through Ed Parker up to Seventh Degree, the highest non-honorary, non-political rank given by Parker in 1985. He became the Manager of the Pasadena school for several years as well as the E.V.P. of the I.K.K.A. for the last ten years Ed Parker, Sr. lived.

After Ed Parker Sr’s passing other associations were formed, one of which Promoted Planas to Eighth Degree in 1991 and in 1995 several associations joined together to promote him to 9th Degree Black Belt. Though his expertise is mainly in Kenpo, he has studied many other arts including Judo, Tai Chi, Kung Fu, Shotokan, Silat. He also studied the Filipino arts as he is half Filipino.

Mr. Huk Planas was featured in Black Belt magazine in an article in January, 1992, titled Who is the Rightful Heir to Ed Parkers Kenpo? and in September 1997 in an article on Kenpo Rules of Motion. In addition Huk Planas is included in Ed Parkers Infinite Insights Into Kenpo, Volume One, discussing working with Mitose. Mr. Planas also worked with Ed Parker Sr. on the book – Ed Parkers Guide to the Nunchaku written in 1975.
Mr. Planas draws a crowd, teaching seminars in numerous places including California, Texas, Conn., Kentucky, Florida, Illinois, Alaska, Arizona, Washington, New Hampshire, Massachusetts, Maryland, Louisiana, Mississippi, Pennsylvania, Utah, Cayman Isles, Georgia, Guatemala, Ireland and others. Known as an “Instructor’s Instructor,” Huk Planas teaches the “whys” of Kenpo, not just the “hows” based on the rules and principals of motion. Not only do school owners have him come to their schools, many often travel to train with him in New Orleans for everything from private lessons to extended training.

Richard Huk Planas has played the guitar longer than he has studied karate. Below is a video of him playing a Hand Crafted Aluminium Ali Kat Guitar.

Master of the Blues Guitar, Chris Finnen, and Kenpo Karate Master Huk Planas having fun with their take on Dueling Banjos.

This was the first time Chris Finnen and Master Huk Planas had ever met and they worked this piece out in 30 minutes. It was like they had known each other for a lifetime.

The guitar Huk is playing is a one of a kind Hand Crafted Aluminium Ali Kat Guitar crafted by Dave Gartland made to celebrate Dave’s 30th Year in Ed Parker’s Kenpo. Dave felt no one would be better than Huk Planas to help him set the guitar up and play his guitar.