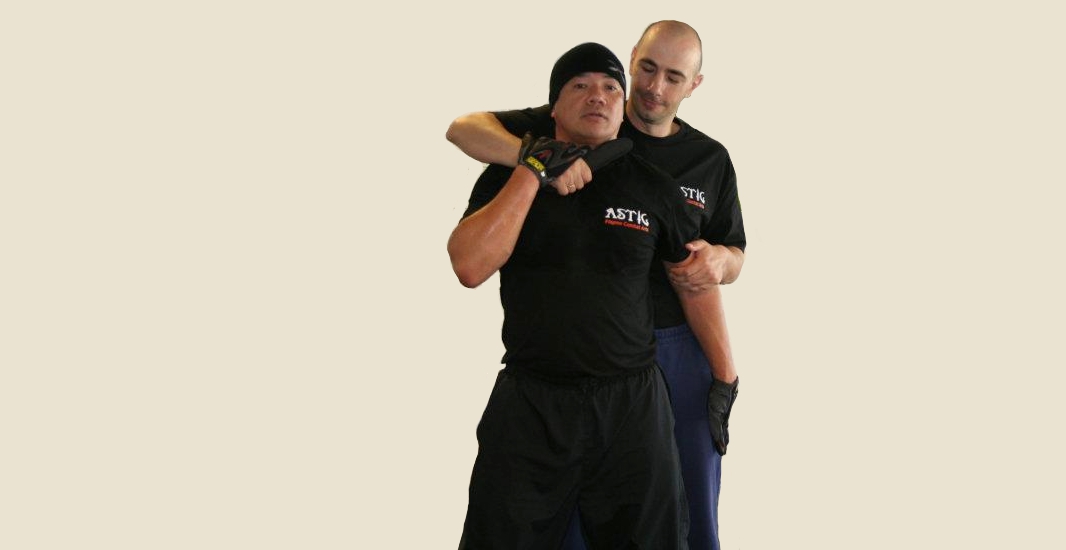 Roger Agbulos started his training in 1990 under Punong Guro Edgar Sulite, founder and chief instructor of Lameco Eskrima International. He was one of Edgar’s senior students in the backyard group in Los Angeles, California. When Edgar passed away in 1997, Roger decided to pursue Lameco’s primary arts, the Kali Ilustrisimo and the original De Campo Eskrima 1-2-3. At one point, he came under the tutelage of both Grandmaster Rey Galang and Grandmaster Christopher Ricketts of the Bakbakan Kali Ilustrisimo organization and later continued to work with Grandmaster Ireneo “Eric” Olavides of

De Campo Eskrima, JDC-IO.
Through the years, and with constant exposure to many different FMA’s, Roger has come to formulate some combat truths of his own. One is that unlike other FMA systems that emphasize short or middle range combat, his focus is on long-range weapons combat that does not generally focus on blocking an opponent’s attack; and the live hand rarely is used to disrupt one. Non-telegraphic striking can itself be a form of blocking. The concept is to preempt an attack with another attack. His style emphasizes controlling long-range encounters with broken, flowing or combination strikes, thrown from all angles, in small numbers.

To contact the Center For Law Enforcement visit their listing on the Martial Arts Schools and Businesses Directory by clicking on the image on the left.