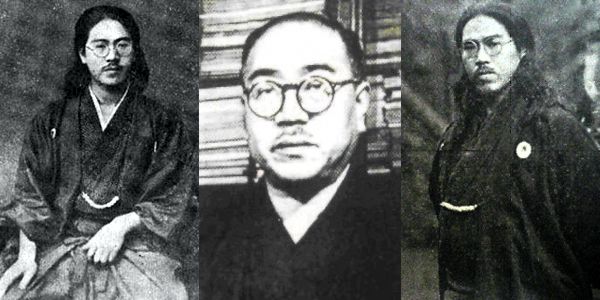 “You have the talent to be a ninja. I would like to teach you ninjutsu. What do you think?”
“I will” replied the young Fujita, without much reflection upon the matter.
The old man continued, “But the training is going to be very hard for you. Can you do it?”
Fujita replied, “I can handle it.”
Shintazaemon pressed on, “It is better to say no if you don’t have enough confidence to complete the training. Are you sure you can do it?”
Fujita responded, “I am sure.”
“Then swear the oath” Shintazaemon instructed his grandson.

What do you know about ninjas?

If you, like me, saw way too many bad ninja movies when you grew up, you probably don’t know much. Well, except the fact that they dress in black, do backflips all the time, throw smoke grenades and flip out and kill people every now and then. But the truth is, if you can spot a ninja, that wouldn’t really be a good ninja, would it? Considering their job description, staying undercover seems most efficient if you’re a spy. Because that’s what they basically were. Spies. Hired by the Japanese government to do shady stuff. Just like today’s CIA, FBI, SAS or any other James Bondish group of people you can think of. And, contrary to what Hollywood wants us to think, they rarely dressed in a pink pajamas with the word “Ninja” written on their forehead:

But I really don’t know. I’m just assuming… Looks like an ordinary man? You see, the ninja people really didn’t leave much of a written history behind. For some reason they rarely took the time to sit down and jot down their innermost thoughts on the art of assassination and spying.

His name was Seiko Fujita.

Born in the year of 1900 (died in a tragic car accident in 1966), Seiko Fujita was considered the last active ninja (meaning that he was employed by the Japanese government). Yup, that’s right.

He was, according to himself, the 14th headmaster of Koga Ryu Wada-ha Ninjutsu, which was the name of his family branch of Ninjutsu. Fujita was, to say the least, a very peculiar person, and not much is publicly known of him. However, a Japanese newspaper in 1952 mentioned Fujita, and the epic opening sentence was:

Mr. Seiko, who lives in Nezu area in Tokyo, is the most mysterious person in the world.

But the coolest thing about Fujita was that he actually wrote.

Not about himself though, but on his vast martial arts knowledge.

In fact, I still haven’t figured out exactly how many books he wrote, but it has to be around ten or more.

And he covered it all!

The art of tying people with a rope (hojo-jutsu), throwing knives and stars (shuriken-jutsu), vital points (kyusho-jutsu), reviving people (kappo-jutsu), fencing (ken-jutsu), stick fighting (bo and jo-jutsu) and much, much more. Even a mysterious book on martial arts “tricks”!

That’s my favorite one.

How to pour hot wax on your hands, ninja-style! From the book “Hojutsu Yarikata Zukai” (Illustrated Guidance of Budo Tricks), published in 1928. Written by Fujita Isamu (Fujita Seiko’s pen name).

In fact, most of his books are very interesting and richly illustrated. One really wonders how he had any time to train between writing all of these books, but obviously he had.

According to one of his own books, he actually trained the following stuff:

And we just have to assume that he successfully juggled teaching, training and writing or else he wouldn’t have become one of the most profilic martial artists in the Japanese post WW2 community, which he was. Influencing many of our most famous Karate legends too, like Funakoshi, Motobu, Mabuni, Konishi and Taira.

It has even been said that Fujita’s house was something of a melting pot for martial artists at that time, and indeed, the people attending Fujita’s funeral on the 11th January of 1966 could act as a Who’s Who of Japanese martial arts.

In fact, Fujita was the one responsible for introducing many of these Okinawan masters to each other, and he often told his students to explore the Okinawan martial arts as well.

Sources tell that Fujita actually thought Karate was “too linear” and that aikido was “too circular”. Fujita’s own style was described by one of his students as:

“a very aggressive form of jujutsu and aiki, with particular emphasis on attacking the eyes, throat and groin, using open handed techniques and low kicks.”
“But wait a minute. Students?!” I can hear you asking.

“I thought you said he was the last ninja! But now you’re saying he had students?!”

Well, both yes and no.

In his lifetime, Fujita gave two menkyo (certificates) away. One to Inoue Motokatsu (whose style of Karate and Kobudo I happen to practise) and one to Iwata Manzo (of Shito-ryu Karate).

(Yes, I’m indeed implying that I’m a ninja. Be afraid.)

So, some of his teachings do live on.

But, considering that he wrote a book with the fitting title “Saigo No Ninja” (“The Last Ninja”) himself, we just have to assume that he didn’t teach everything he knew. In fact, just before he passed away, he was quoted with having said that he “deplores the current commerzialisation of the ninja in Japan.”

And bear in mind, that was before movies like “The Ninja Squad”!

Anyway, what am I trying to say?

Well, nothing, really (what, a post needs a purpose?).

Because it’s quite impossible to give an accurate portrait of Fujita without having to write a whole book in the process! And that has already been done.

I mean, just look at this picture!

There’s one through his tongue too.

Other hobbies of Fujita included eating rat poison, sulfuric acid, lizards, glasses and bricks, burning himself, walking on sharp glass, putting his hand in boiling water and fighting with the yakuza. In a 1965 interview with the Tokyo-based Sankei Shimbun, he claimed to have eaten 879 glasses and 30 bricks, to be exact.

So, not wanting to write a whole book, I just want to remind you of this awesome figure, and his connection to Karate, which is often overlooked. And, also make a shameless plug about two articles by Fujita that I’ve translated before (here and here).

In conclusion, (actually, to make this short post feel longer) I just have to tell you my favorite Fujita story!

A member of the yakuza (the Japanese Mafia) had heard of Fujita’s reputation as a respected martial artist and issued a challenge to Fujita. So Fujita arranged a meeting in a restaurant, and brought along a journalist friend of his.

“We were, all three of us, sitting at the table, when the waitress came to take our order. ‘I want red meat, very rare’ said the yakuza man in a belligerent tone of voice.

Fujita replied to the waitress: ‘Bring only out sake and boiling water (to cook the meat, as for fondue)’ then, drawing his pocket knife, he cut from his own thigh a piece of flesh three centimetres thick, plunged it into the boiling water for a few seconds, then deposited it on the yakuza’s plate.

He then poured alcohol (the sake) on the wound to disinfect it and made a compress out of his own scarf to stop the bleeding, all of this without saying a word.

The yakuza, his eyes wide, realizing that he was not dealing with a normal individual, left the table.”

And that’s the story of the last ninja.
The coolest man to ever have walked this earth.
Seiko Fujita.

USAdojo - December 5, 2011
We use cookies to ensure that we give you the best experience on our website. If you continue to use this site we will assume that you are happy with it.OkRead more