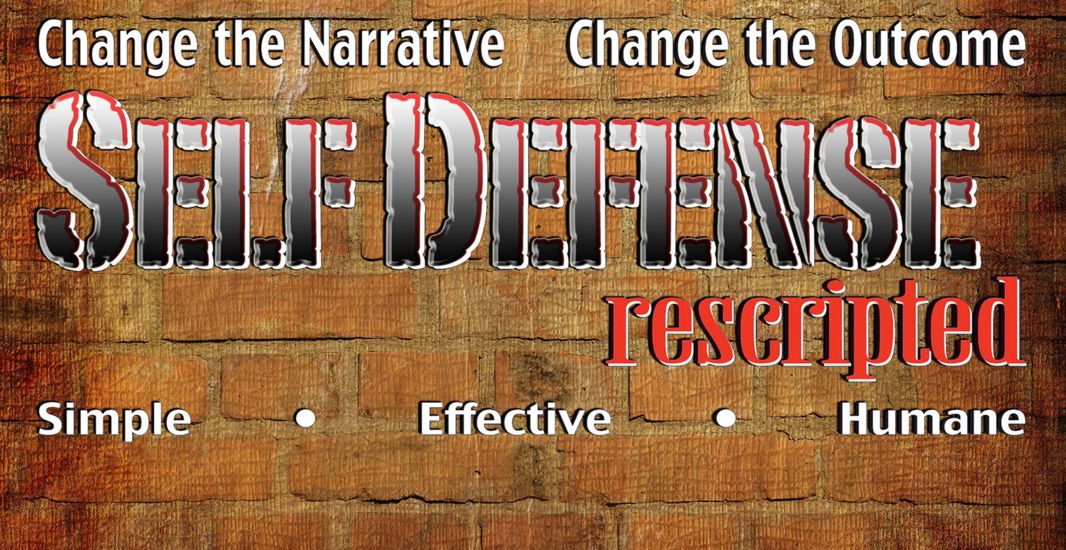 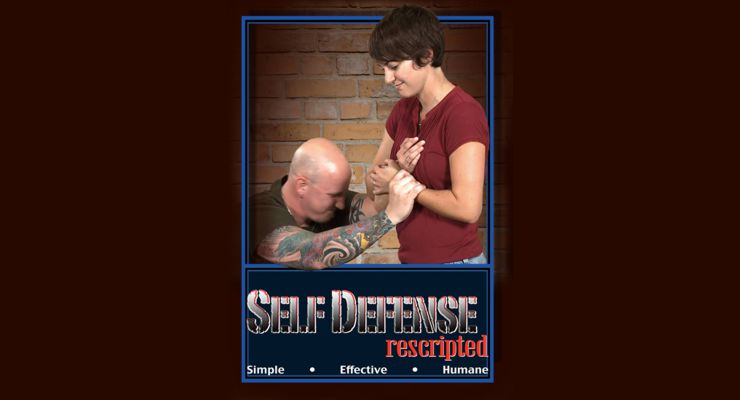 Self Defense Rescripted is a practical and effective approach to self defense for good, ordinary, real people. You will find the Self-Defense Rescripted DVD a very helpful resource both personally and professionally. But remember, knowledge alone is not enough – there’s no substitute for training.

Imagine this scenario: you are in fifth grade, and the annoying bully who sits near you likes to pounce when you are trying to write something. His method is to grab the end of your pencil as you are writing and move the pen around to make a mess on your paper. Of course, you have done all the usual, told him to “Cut it out,” tried to pull your pencil away. But, nothing changes. So, one day, you do none of the usual things. Instead you place your free hand over his hand as he grabs your pencil and hold his hand to your pencil. Rather than trying to pull away, you pin his hand in place. Now, he is trying to pull away, because the situation has taken a completely unexpected turn, and he has somehow become stuck. 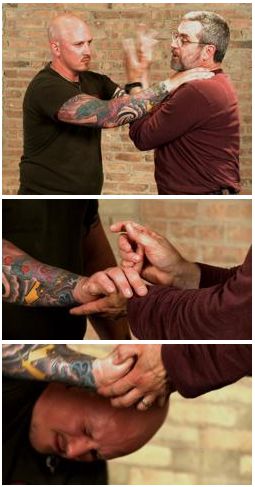 Imagine this scenario: you are playing with your favorite stuffed animal, and your older brother tries to take it from you. Your usual response is to hug your toy tightly to your chest, while saying, “It’s mine! You can’t have it!” However, this time, instead of pulling the toy to your chest, you grab your brother’s arm (which is holding the stuffed animal) and pull it to your chest, saying “It’s mine, you can’t have it!” Now, being your brother, you feel justified in adjusting the balance of power somewhat. So, you sink your baby teeth into his wrist. Now, he is yelping and struggling to get free of the death grip you have on his arm. What started as struggle over your toy has been transformed into a struggle over your brother’s arm. What started as you trying to escape him has been transformed into him desperate to escape you. This is what I call “rescripting.”

When an assailant attacks he has a scenario planned out. He has already determined the time and place for action. He has tried to reduce the number of variables to basically two possible outcomes. Either his potential victim will play out the role of compliant victim, or the role of struggling prey. Rescripting means to change the plot, to take the encounter down an unexpected path, to alter the storyline. Change the narrative, change the outcome.

In a previous blog, I introduced the concept of “Single Scenario Tactical Solutions,” which is an approach to teaching self defense by teaching one simple movement concept which can be applied to handle a wide variety of tactical problems. The core movement I teach is based on natural biomechanics and chosen for it’s value as a method of rescripting. It is an amazingly powerful approach to self defense, and has become central to my teaching.

Of course, I can only introduce the concept in a blog, but my Self-Defense Rescripted DVD is available. I am really pleased with how it turned out, and even more pleased to see how my approach to self-defense has matured over the years. I’m sure you will find it a very helpful resource both personally and professionally. But remember, knowledge alone is not enough – there’s no substitute for training. So… go train.