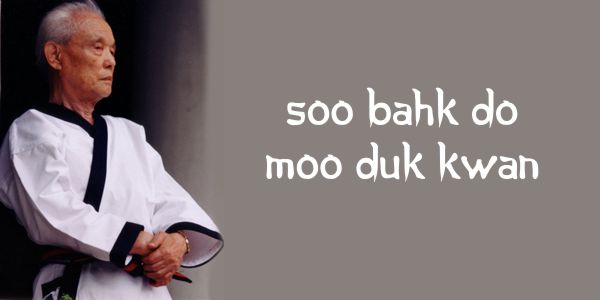 In 1945 Grandmaster Hwang Kee founded the martial arts system of “Tang Soo Do Moo Duk Kwan”. It originated from the ancient Korean martial art “Soo Bahk Ki” and was influenced by Northern and Southern Chinese systems, such as the Tang method. 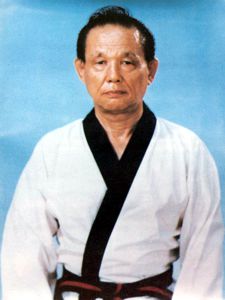 The art was renamed Soo Bahk Do Moo Duk Kwan in 1994, in accordance with the wishes of the Grandmaster. The name reflects the increased pure Korean influence Grandmaster Hwang Kee has introduced and shows that we are still evolving as a “living art”.

Soo Bahk Do is not a sport. As a classical martial art its purpose is to develop every aspect of the self to create a mature person who totally integrates his/her body, spirit, emotions and intellect. This integration helps to free a person from inner conflict and develops an ability to deal with the outside world in a mature, intelligent, forthright and virtuous manner.

Grandmaster Hwang Kee founded his first Soo Bahk Do school under the name of Moo Duk Kwan. A brief meaning of these words is a brotherhood and school of stopping inner and outer conflict and developing virtue through Soo Bahk Do training. Moo Duk Kwan is the mental direction and focus; it is the philosophy that supports the techniques of Soo Bahk Do. Combined, these two aspects enable total development of the self, each enhancing the other. This harmony creates an awareness of being that makes Soo Bahk Do Moo Duk Kwan training a valuable art form.

Over the past 20 years many westerners have studied Soo Bahk Do in Korea. Korean instructors have been sent out world-wide creating many major organizations. There are over 200,000 Soo Bahk Do students and over 35,000 Dan holders. Before 1974 there were many teachers but little standardization. Grandmaster Hwang Kee decided to unify and standardize these western organizations and as a result the first Tang Soo Do Moo Duk Kwan Federation Inc. was formed in 1975 in the United States (now know as the U.S. Soo Bahk Do Moo Duk Kwan Federation Inc.). This is a non-profit organization, committed to promoting world peace by improving human relationships through the instruction and practice of Soo Bahk Do Moo Duk Kwan.

In 1985 the Belgian Soo Bahk Do Moo Duk Kwan Federation was formed. Both federations are devoted to the growth and continuation of Soo Bahk Do Moo Duk Kwan maintaining the Grandmaster’s high standards of excellence. Since 1945 the Grandmaster has instructed and monitored those who are certified to teach to ensure accurate transmission. These high standards bring strict expectations; the Grandmaster was once heard to have said “If you want to do front and reverse punches correctly, you must spend ten hours a day, six days a week for three years doing nothing else.”!

It is a testimony in itself to the Grandmaster and his teaching that he commands such respect and inspires so much dedication and effort. Certain qualities of the Grandmaster permeate Soo Bahk Do and its members: openness, personal closeness, independence, rock hard determination and unshakeable solidarity. These qualities as well as unifying and binding us together assure that future generations will be able to follow the way of Soo Bahk Do Moo Duk Kwan.