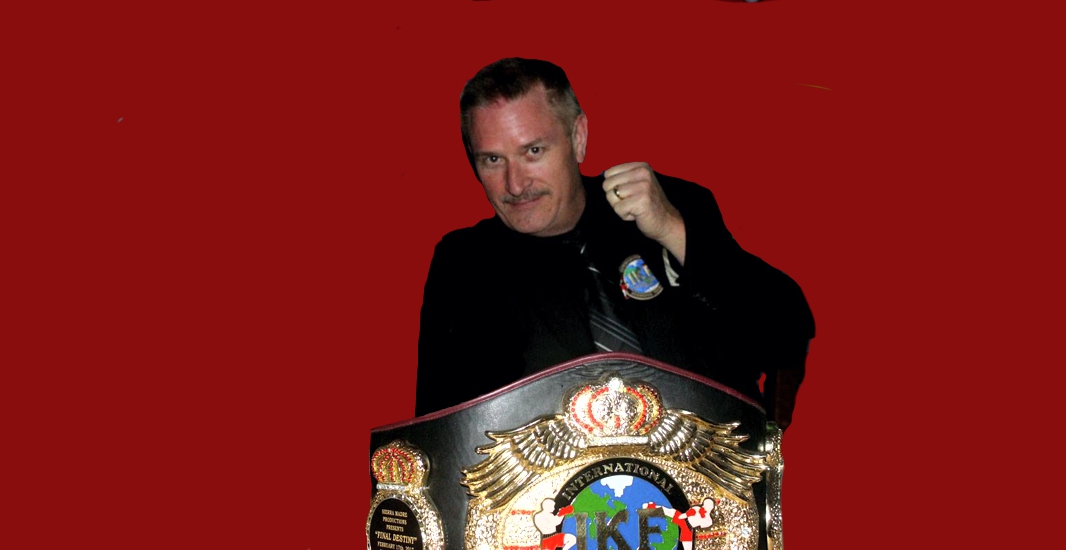 Along with his passion for the System 5 Karate program, Steve Fossum has another business, Kickboxing. Steve is the World President of the International Kickboxing Federation As World President of the , IKF since 1992, Mr. Fossum has built the IKF into the Largest Kickboxing Sanctioning Body in the World Today overseeing kickboxing fighters, trainers, promoters, officials and events on every continent around the world. The IKF experienced its main growth between 1997 and 1999. Because of this growth, Steve Fossum is on the road a lot, traveling to IKF Events around the world. From this growth, Steve Fossum was forced to make a decision to downsize his Karate School and put more focus into the Worldwide operations of the IKF. So, in December of 1998, Mr. Fossum decided to close the Commercial System 5 Karate school.

With this decision and after several changes, he reopened in June of 1999 as a Private Club. In doing so, Steve Fossum has become very selective as to who he enrolls into the System 5 Karate Program. When he’s not traveling for the IKF, he teaches classes to a select few private students. He refuses to, “Water the System Down” as other schools have done to keep students and to promote students to a BLack Belt faster. He now only accepts students who wish to learn the true system. Real self defense! The number of students is not what’s important to him anymore. However the quality of the few students he chooses to teach is! Another reason that made Steve Fossum decision to close his commercial school easier was the growing number of what he and other older Martial Artists of the area call “Black Belt Factory Schools.” He has studied martial arts since 1976 and like many true martial artist, he just shakes his head when he sees 8, 10 or 12 year old Black Belts. He simply hated to see a child be given fals confidence at 8 years old with a black belt around his waist. We’ve all seen them. A quick look in any dictionary gives the definition of Black Belt as “An EXPERT in the Martial Arts.” Sorry, but there is no way a child can become an expert in a fighting system such as System 5 Karate or any martial art for that matter. He/she can become good a self defense skills, forms, katas etc, but for any instructor to promote and certify a child as an experting martial arts is a shame to the martial arts!

We’ve all seen children as well as grown men and women with the same false sense of confidence when they’re given that Black Belt or any belt from very little effort, just to keep them motivated so they’ll keep paying those dues and make their instructor happy and rich. As we have already said, At our club, the number of students is not important anymore like it would be in a commercial school. The quality of them is!

Steve Fossum started his martial arts training in 1976 in Tae Kwon Do. He later studied Shotokan, an American freestyle known as System 5 Combat Karate and a military system known as STIHC (Pronounced Sti-Hick, Special Training In Hand to Hand Combat.) Other styles he has trained in include Kenpo, JuJitsu and Aikido. Today he holds ranks in several martial art styles including Black Belt ranks in 4 different styles of martial arts. He has also won numerous titles in karate point fighting, full contact kickboxing and hand to hand combat competition. He’s been operating a martial arts school since 1982.