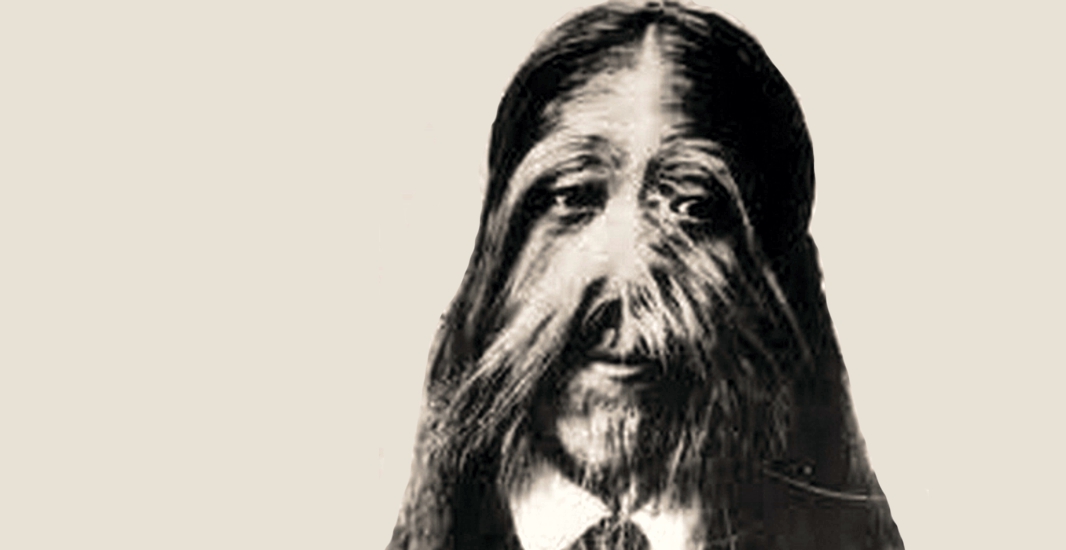 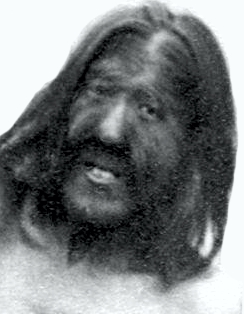 Great Grandmaster Su Kong was born in Fukien in 1849. He came to the world with a genetic condition hyperthrihos that covered him with hair from head to toe. His confused parents abandoned the infant in a forest near the Fukien Temple. A passing monk rescued the newborn and presented him to the Shaolin Masters. The Masters found it impossible to find a family willing to adopt such a child, so they decided to raise him themselves. They named him Su Kong T’ai Djin.

From childhood on, Su Kong T’ai Djin studied the Shaolin art with exceptional dedication. The Fukien Masters responded to his enthusiasm with a rare variance from Shaolin tradition. In the temple it was customary for a student to choose one system in which to study, but he was no ordinary student! He knew that because of his appearance, he could not live a normal life outside of the temple. He chose then to devote all his time to the study of martial arts. He was allowed to study with all the masters at the temple. Over the years he accumulated a tremendous amount of knowledge and material from the various Shaolin masters and eventually earned the title “Su Kong” or Grandmaster. Instead of assigning Su Kong’s training to a single Master, as was the practice, each of the Fukien Masters contributed to Su Kong’s martial education. Su Kong was therefore able to complete every branch of Shaolin training, learning and mastering hundreds of forms and disciplines. It was an unparallel achievement. [Usually the 10 Grandmasters of the temple each learnt 1/10th of the Shaolin art]. Su Kong was a contemporary of Tai Chi masters Yang Lu Chan, Yang Jian Hou & Yang Pan Hou.

Su Kong’s knowledge and strong character led to his appointment as the Grandmaster of Fukien. More than once, his exceptional martial skills were needed to fulfill the responsibilities of his position. For example, he once arranged a meeting with 12 Shaolin Masters, representatives of the Shaolin Temples of China. When Grandmaster Su entered the room for the meeting, all the Masters bowed. Instead of returning the bow, Grandmaster Su picked up a knife and threw it up the rafters. An assassin tumbled down from his hiding place, the knife embedded in his heart. Grandmaster Su had heard 13 men breathing where there were only supposed to be 12! Su Kong Tai Djin was know to fight with the bears in the forest for practice.

The Fukien Shaolin monks took it upon themselves to protect the Fukienese coast from the raids of Japanese pirates. They were tremendously effective, earning the love and respect of the common people. When word reached the Ch’ing Kwang Hsu Emperor in Peking, at the beginning of the 20th century, trouble brewed. Kwang Hsu saw the Fukien monks as potential rebels with widespread popular support. He secretly dispatched imperial troops, armed with cannons on a mission to destroy the Fukien Temple. He even sent a renegade Shaolin Master, Chi Tao Su, the White Eyebrow Monk, to strengthen the attacking force.

A sympathetic official warned the monks of the impending attack. The Fukien Masters chose a surprising, ingenious solution. They evacuated the Temple, removed all of its valuable artwork and books, and set fire to the temple themselves. They hoped to rebuild the Temple in more favorable times. More favorable times have not yet come.

Grandmaster Su and his disciples retreated into the Fukienese mountains to continue their training. Studying with Su were Lui Su Pong, Gi Shiao Fu, Qui Gwong and I Chang Ming, the man who would become the second of the three Grandmasters of our lineage. Su Kong died in 1928 at the age of 79.

USAdojo - January 20, 2006
We use cookies to ensure that we give you the best experience on our website. If you continue to use this site we will assume that you are happy with it.OkRead more