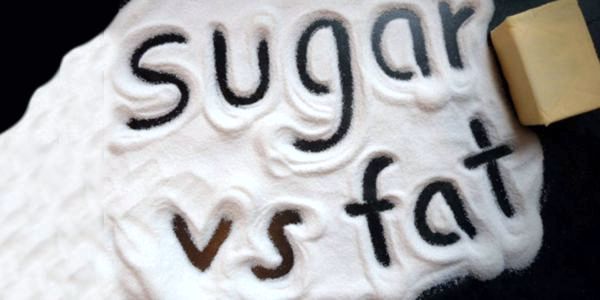 Enough with the soda pop already (even the diet stuff, but for different reasons – like cancer). For decades we were told by “experts” that saturated fats were bad for us – so as a result, the food industry took all the fat out of our foods and along with it, the taste. Their decision to remove fat from our food was based on inconclusive evidence that turned out to be “dead” wrong. In fact, it was more about Medical Group Think, then good research – and the evidence was based on one study by a researcher named Ansel Keys from Minnesota. His study was famously known as the “7 Country Study” and for some unknown reason it was taken as gospel. But now we know that saturated fat wasn’t the culprit. The culprit turns out to be the sugar.

Sugar, in and of itself, isn’t bad for you. It’s the amount. When fats were removed from our food, so was the taste, so fats were replaced by excessive amounts of sugar – processed foods, fruit drinks, etc – sometimes up to 30x the normal amounts – in order to replace the taste we lost when fats were removed.

So whats the skinny on sugar? Other than HFCS (which conveniently made sugar cheap) sugar is responsible for the slew of the modern day diseases that have become epidemic in the last several decades. They include the “Four Horsemen”, type 2 diabetes, obesity, coronary heart disease and hypertension.

What is it we’re doing to our bodies with all this sugar? From a purely physiological standpoint, we’re wiping out our pancreas, which is the organ responsible for the release of insulin. Insulin is the hormone that regulates the uptake of sugar (carbohydrates) and fat from within our bloodstream into the cells of our bodies.

Specifically, sugar is made up of almost equal parts glucose and fructose. Glucose is a 6-carbon ring chemical compound and fructose is a 5 – but, forget about it. All you have to know is, that the liver is the only organ that can process fructose. It turns fructose into Glycogen, which is basically, stored as starch. When the liver has enough stored glycogen, the excess fructose is stored as fat everywhere…In the hips, the belly, your cheeks, etc.

The problem occurs when fat gets stored in the liver – the fat you don’t see. Once the liver is full, the liver stops responding to insulin. This is called insulin resistance. The result is release of more insulin from the pancreas to make up for its lack of effectiveness. This overworks the pancreas until eventually it wears out. This is what leads to type 2 diabetes.

Diabetes is associated with problems like gangrene, blindness and kidney dialysis. Coupled with the fact that the fats produced in the liver are the bad fats (VLDL) that lead to heart attacks and strokes, it makes sense to cut back on the excesses of sugar in our diet.

Mind, Body, and Spirit in the Martial Arts