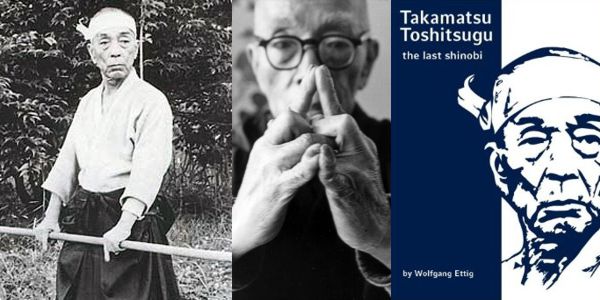 Takamatsu Toshitsugu The Last Shinobi the book by by Wolfgang Ettig offers 315 pages describing the eventful life of two restless men who considered themselves to be the last shinobi. It also delivers fascinating insights into the historical backgrounds of Japan on the threshold from medieval to modern times.

Takamatsu Toshitsugu The Last Shinobi shares numerous events and facts which have not been published before.

… born in 1889, in an era when the whole of Japan hastily orientated itself by the newly discovered Western culture.

… grown up under the care of his beloved grandmother Nao and the influence of his draconian fatherGishin.

… trained under the severe supervision of his grandfather Toda Shinryuken, to whom he owed his stamina and tenacity.

… he spent many years on dangerous journeys in the vastness of Mongolia and China.

… he was friends with a man who was to hand down Takamatsu’s thoughts and teachings from Japan to the whole world after his death in 1972: Hatsumi Masaaki.

The Leading Edge: A Complete Guide to Tactical Edged Weapon Use