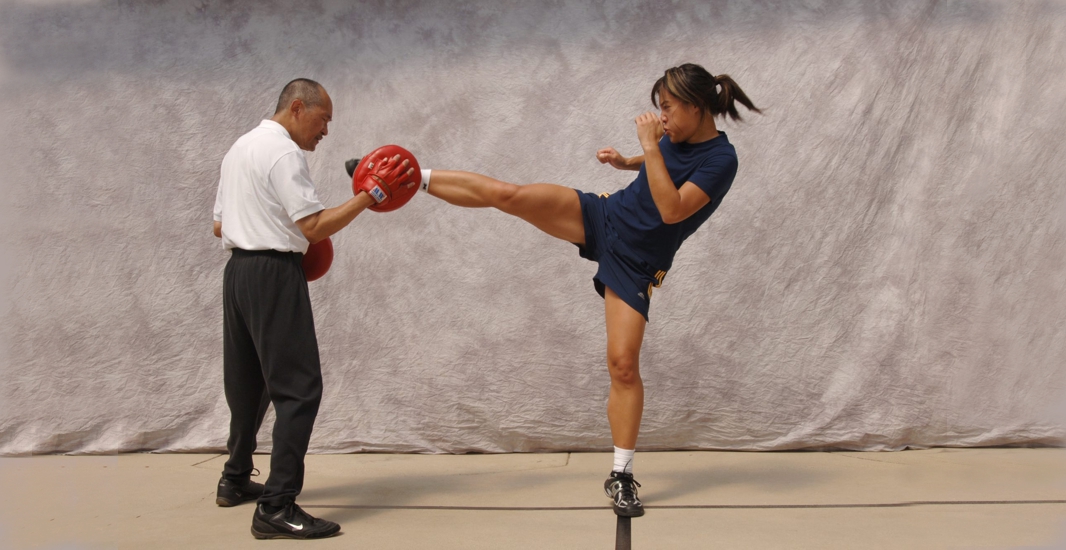 Teri Tom is the first female instructor certified by Ted Wong in Bruce’ Lee’s Jun Fan Jeet Kune Do She has spent 1000’s of hours of study with Sifu Wong. She was also a board member of the Bruce Lee Foundation.

Teri has written three books, two of those,  The Straight Lead: The Core of Bruce Lee’s Jun Fan Jeet Kune Do (2005) and Jeet Kune Do: The Arsenal of Self-Expression (2016) she co-wrote with Ted Wong. She also wrote a nutrition book for martial artists called Martial Arts Nutrition: A Precision Guide to Fueling Your Fighting Edge (2016).

Teri Tom graduated summa and Phi Beta Kapp from UCLA with a degree in communications studies. She holds a master’s degree in nutritional science from California State University Los Angeles, and completed her clinical dietetic rotations at Cedars-Sinai Medical Center. She has published both nutrition and non-nutrition-related articles in glossy magazines.

She also holds a personal training certification from the National Academy of Sports Medicine and is a functional medicine practitioner under the Institutes of Functional Medicine.

Time that should have been devoted to her studies was often spent by Teri, prowling LA’s smoky roots and indie rock clubs. Teri has peeled off surfabilly guitar licks on stages that include Antone’s in Austin, San Francisco’s DNA Lounge, and the House of Blues in Los Angeles. Before hanging up her trademark midnight-blue Gretsch, she acquired the elusive “White Girl” chord from guitar legend Billy Zoom himself and briefly filled in as the hired gun for punk rock icon Exene Cervenka.

Teri Tom was born in San Francisco and grew up in the small town of Redlands, California.

Ryan Cary - February 7, 2013
We use cookies to ensure that we give you the best experience on our website. If you continue to use this site we will assume that you are happy with it.OkRead more