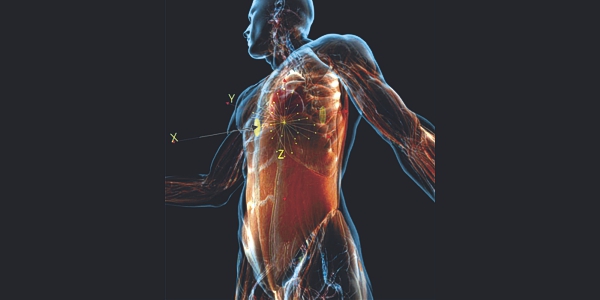 All Martial Artists work in 3 – 5 dimensions with the 4th & 5th being the more advanced practitioners realm. Each dimension has a rudimentary level or scientific explanation that is used in the Martial Arts. However the Kyusho practitioner has another level in each dimension that must also be attained for the proper application and affect.

In regular Martial Arts practice the first dimension is distance… the range if you will to deploy your methods or art. This is in all schools and lessons, but there is more than the simple scientific application, there is the internal application (or Vital Point if you will).

When applying Kyusho, this dimension is considered more as Depth or level of Penetration. In regular Martial Arts we strike the exterior as hard and fast as we can, however the body has natural protections to maintain life. The body may break, but this in affect disperses the force so that deeper penetration is averted. Of course with greater force than protective capability there will be serious ramifications, but this is extremely difficult to achieve in a typical application… just look at the abuse the MMA fighters can endure.

Most MA look at the distance between themselves and their opponent, but they do not look into that opponent, nor do they seek to reach inside them. They only seek the shell whereas the Kyusho practitioner goes deeper into the first dimensional space.

So then what would the second MA dimension be (in natural law terms)?

Now the second dimension in MA is of course angular moves off the original distance line, or the line of approach or escape. In science this is the Y axis of the X axis of the straight line… and yields huge advantage as well as disadvantage. This is for leverage, avoidance, redirection and a host of other physical motions of one to take advantage of the opponent.

But the second dimension for a Kyusho practitioner is the internal angle of attack on a specific anatomically weak target to maximize the affect and internal dysfunction. This is crucial if we are to supersede the natural protections and energy dispersing attributes of the external body. We must penetrate at various angles to get between muscles, tendons and bones to access the nerves and blood vessels for maximum affect or destruction.

These first two are easily understood even by the beginner of either discipline, the next dimensions pertain to those more advanced practitioners in either.

The third dimension is height or in it’s most basic terms perpendicular to the X-Y axis (Z). So how is that used in typical MA?

The 3rd dimension can enable the MA to use height of the strike once off the straight line and into the second dimensional plane. It could also be realized by dropping or lifting an opponent or yourself for a selected technique and forcing a new angle or plane.

So how could this relate to Kyusho? The third dimension is used once in contact with the anatomical structure, be it nerve, blood vessel, tendon or organ in order to stretch, tear, compress or rupture that structure.

Now the first two dimensional attributes most Kyusho people learn and can do (not all). The third is what separates many a better skilled Kyusho practitioner as they add the twist, the cut, that little extra that increases the affects.

Now it is the fourth Dimension fully exploited by very few is actually common knowledge displayed by most.

So what is the 4th dimension in Martial Arts? It is Time.

They say timing is everything, well maybe not but it is high on the Martial Artists list… and what separates the truly advanced practitioners from those not yet developed. If you are a split second faster in a situation you have advantage, if you are a second late you are at disadvantage.

In Kyusho the time factor is twofold:

So what is the 5th dimension in Martial Arts?

In science the 5th dimension is consciousness, this allows perception of all other dimensions, relating it to the future, the past, variations off that linear time path as well. It can also be called awareness or intuition (all from experience). A prime fighter has this awareness in the ring, the soldier has it on the battlefield, they sense trouble or eminent threat and are prepared.

Those who have ever had a close brush with death as a result of an accident or nearly being in an accident, may have noticed, that their mind starts moving more slowly in these situations also. Everything appears to happen in slow motion. They are in the 5th dimension consciousness in these situations and their perception of time slows down.

In Kyusho this dimension is again twofold:

To engender the 5 dimensions of Kyusho (along with those of Martial Art):

Finally they must know what the attack feels like, how the opponent will feel, react or fall so they can escalate or use strategically for multiple opponents.