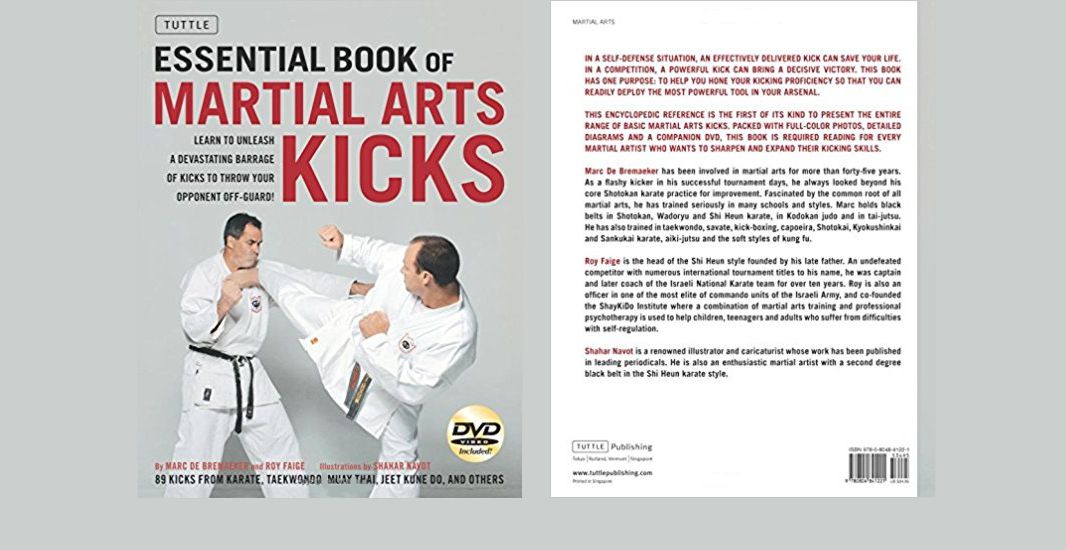 An effectively delivered kick can mean life instead of death in a self-defense situation, and glory rather than shame in the ring. When a larger or more powerful opponent is intent on inflicting harm, the superior strength of your legs can be used to tip the balance in your favor. However, gaining proficiency takes training and insight. Essential Book of Martial Arts Kicks has one purpose: to help readers hone their kicking proficiency so that they can readily deploy the most powerful tool in the fighter’s repertoire.

Marc De Bremaeker has been involved in martial arts for over forty-five years. Once a successful competitor renowned for flashy kicking, he has since been teaching and doing research into the common root and principles uniting martial arts. He holds black belts in several forms of martial arts.

Roy Faige is currently the head of the Shi Heun style founded by his late father. He was a fierce competitor with numerous international tournament titles to his name, and held the positions of captain and then coach for the Israeli national team for more than ten years. Roy is also an officer in one of the most elite commando units of the Israeli Army.

Shahar Navot is a renowned illustrator and caricaturist published in leading periodicals. He is also an enthusiastic martial artist with a second degree black belt in Shi Heun Karate.

Wisdom for the Warrior Bible