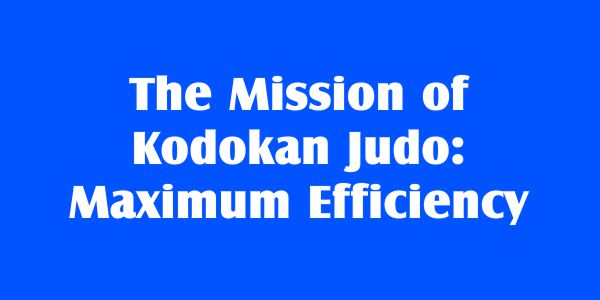 By D. Risei Kano – The Mission of Kodokan Judo – The spiritual aspect of judo is rarely discussed in daily conversation among judo students. Students prefer to discuss how they or their competitor won a particular match or judo tournament. Judo is more than how an opponent or a method of self defense, it encompasses the hidden spiritual discipline with each person.

The Judo Research and Development Group (JRDG), presents an excerpt from Mission of Kodokan Judo, from the February 1974 issue of Kodokan Magazine. This article was written by D. Risei Kano, the former President of the Kodokan.

Japan today, is confronted with quite an unusual situation in our constitution paragraph number one; “This institution is to teach and promote ‘Judo’ in order to train both the mind and body of the people.” However giving further thought to the concept of Kodokan judo, the former Professor Kano emphasized the learning of a way of life through Judo, and that it (Judo) contains a much deeper, wider scope of thought behind it which is almost impossible to compare with another type of sport activity with just a competitive aspect.

With the approach of the new year, I reviewed the ‘mission’ of Kodokan Judo, as was written by the former Professor Kano, and I was very interested to find that a certain paragraph of his writing may be considered by us as a warning of the current world situation. A part of the paragraph reads as follows: “Recently in our country, there has been a steadily increasing number of people who dislike work and pursue leisure and extravagance. Almost everywhere individuals and organizations are fighting with resultant loss of energy that is needed for positive action. In order to save them from this situation, a principle of judo, based on the maximum efficiency concept should be applied as one aspect of modern society and as a natural result of the application of the principle of maximum efficiency, a mutual welfare and prosperity is believed to be the only effective way to ease and neutralize the forces among these individuals and organizations.”

In our society today, when we teach the righteous way of life based upon the Theory of judo which embodies the principles of continuous improvement of society, then this righteous life provides a basis of definite proof of this principle and unifies the peoples’ way of thinking. Various religious and learned points of view are then made abundantly clear.

Furthermore, when we speak about our international relations, Japan now is in the situation of an isolated son from the rest of the world. Our country has many different characteristics in comparison to western nations, such as, not only race, but also language, religion, tradition, customs, etc.. Therefore, it is quite clear that the maintenance of truly honest good-will with different nations requires a tremendous effort. Nevertheless, our people in Japan have been neglecting this necessary effort and due to this we cannot find a sincerely friendly nation in the world today.

Reviewing current relations with our closest nation, China, with which we have had much affiliation for several thousand years, it seems that though it has a similar race, culture, and writing system to ours, our people do not have much interest in this important international relationship. In order to improve current international relations, there is no other way than practicing a mutual prosperity and welfare concept.

This editorial (by Jigoro Kano) was published forty years ago, however, I feel that his view can be applied to our current situation as very apropos advice.