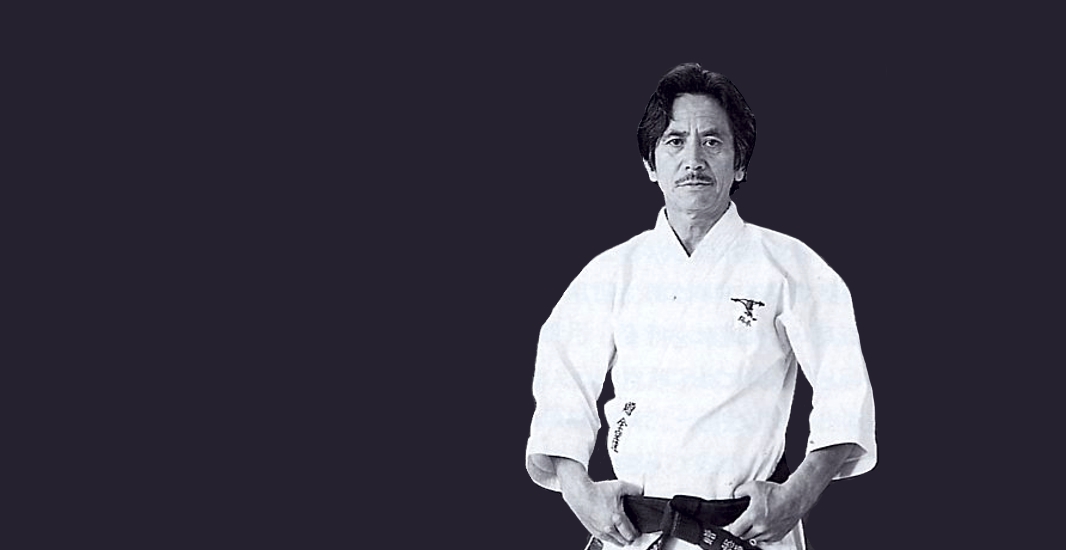 Okano Sensei was born in Tokyo in 1922. In childhood he was already showing his talent learning Kendo and horseback riding. In 1941, he started practicing Karate under his Sempai Mr. Toshio Igarashi, a member of Takushoku University Karate club.

In the following year, Mr. Igarashi introduced Okano Sensei to the Shotokan dojo in Mejiro, Tokyo. Master Okano entered the dojo to become a student of Grand Master Gichin Funakoshi “The Father of Modern Karate” and his third son, Master Yoshitaka. On October 10th of the same year, Okano established The Kenkokai Karate Club gathering people eager to learn it.

Through it was in wartime, Okano kept coming to the Shotokan dojo three times a week all the way from Hachioji City.

After the end of the war in 1945 Okano was discharged from the Air Force, and had to face his dearest teacher Yoshitaka’s death. At this point the Kenkokai was revived.

In April 1947, Hachioji City physical education association was newly founded, and Okano became the official of the Karate section.

He has dedicated his life to spread Karate-Do, and has participated in several organizations such as Tokyo Santama Karate-do Masters’ association, Tokyo Karate-do Federation and so forth.

He was also very talented in Flower arrangement, Kodachi (short sword), and was researching in Asayama Ichiden Ryu Jyujutsu.