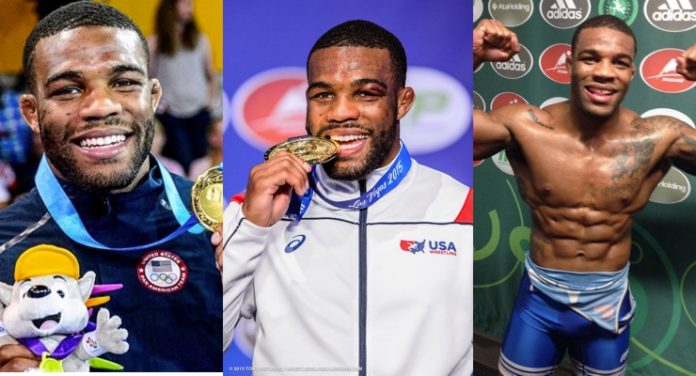 “Being a finalist for the AAU James E. Sullivan Award is a unique privilege for all our finalists,” said Melissa Willis, AAU Sullivan Award National Chair. “Our six finalists this year embody the extraordinary success and high character athlete this award was created to honor.”

Voting for the award is open to the public at www.aausullivan.org. Finalist voting opens today and will close on March 23. The AAU James E. Sullivan Award presentation will be held at the New York Athletic Club on Sunday, April 10.

The AAU Sullivan Award has been presented annually since 1930 to the most outstanding amateur athlete in the United States. Representatives from the AAU created the Sullivan Award with the intent to recognize amateur contributions and achievements from non-professional athletes across the country.

“As one of the largest multi-sport organizations in the nation, this award is really the epitome of what the AAU represents,” said Dr. Roger Goudy, President/CEO of the AAU. “Part of the mission of the AAU is to provide a venue for amateur athletes to promote good sportsmanship and good citizenship. Each of our six finalists – and the winners that came before them – truly embodies that mission.”

Please contact Cody Norman (cnorman@aausports.org) to apply for media credentials for the event.

The Amateur Athletic Union (AAU) is one of the largest- non-profit volunteer sports organizations in the country. As a multi-sport organization, the AAU is dedicated exclusively to the promotion and development of amateur sports programs. Founded in 1888 to establish standards and uniformity in sports, the AAU philosophy of “Sports For All, Forever” is now shared by nearly 700,000 members and 150,000 volunteers across 35 sports programs and 55 U.S. districts. For more information, visit www.aausports.org.

A Seminar To Remember Training with Teruo Chinen Sensei