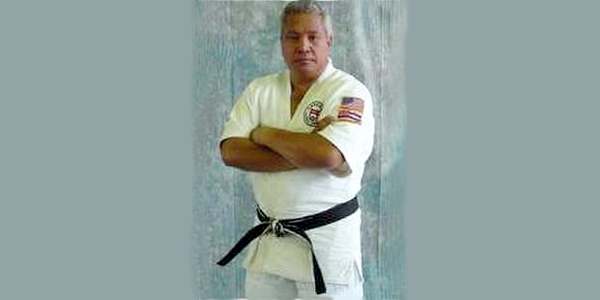 Professor Vinson Holck is the president of the Kodenkan Yudanshakai. He has studied martial arts from birth, beginning under the tutelage of his father, Prof. Joe Holck, Prof. Jack Wheat and Sensei Hachiro Okazaki at the dojo of Prof. Henry S. Okazaki. The martial arts he’s studied include Danzan Ryu Jujitsu, USJA Judo, Hakko Ryu Jujitsu, Nihon Jujitsu and Taihojitsu.

Prof. Vincent Holck is the son of Joseph Holck and nephew of Peter YY Choo, co-founders of Hawaii’s Kajukenbo. Prof. Holck professes his teachings of Kajukenbo under two systems.

The first system of Kajukenbo is the Matsuno Ryu Goshinjitsu. This system dedicates the introduction of Danzan Ryu Jujitsu, by his father, into the Kajukenbo system.

The second system of Kajukenbo is the Matsuno Kajukenbo Kai which dedicates the introduction of kickboxing into the Kajukenbo system by his Uncle, Prof. Peter Choo.

Shihan Holck was promoted by Prof. Adriano Emperado to 9th Degree Black Belt in Kajukenbo. He is also 7th Dan in Danzan Ryu Jujitsu, and 4th Dan in Nihon Jujitsu.

Prof. Holck is a retired police officer of the City of Tuscon, Arizona, and the Chief Instructor of the Kodenkan Yudanshakai Hombu. He continues to serve in our nation’s military as a Chief Master Sergeant in the Arizona Air National Guard.