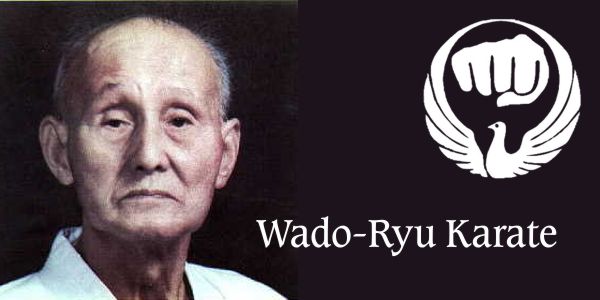 Otsuka Sensei was already an accomplished master of JuJitsu, Shindo Yoshin Ryu, when Master Gichin Funakoshi introduced karate in Tokyo, Japan. Master Otsuka became interested in karate in 1922. By 1928, he was assistant instructor to Funakoshi Sensei. In 1931 master Otsuka founded the Wado-Ryu style of karate. In 1972, Otsuka Sensei was awarded the title Shodai Karate-do meijin Judan (the greatest title possible) from the Imperial Japanese family. This means first generation karate master of the 10th dan; he was the first Japanese (not Okinawan) to make a style of karate in the form of Japanese budo, thus making it a true Japanese martial art. Master Otsuka also received the Shiju Hooshu medal for his outstanding contributions to sport from the government of Japan. He was the only man ever in the history of karate to be so honored.

Originally, karate was a method of unarmed self-defense developed in the Okinawan Islands from various techniques introduced from mainland China, as well as local innovations. Up until the late 19th century, the various karate techniques were practiced and taught within relatively small regions; i.e. a particular technique would be taught in one village and never revealed to outsiders. After 1900, great interest was shown in teaching karate to larger groups of the general public and certain karate experts developed distinct ‘styles’.

Wado kai or ryu, meaning the “way of peace and harmony”, is one of the four major styles of karate in Japan and perhaps the purest form of karate-do (the way of the empty hands).

The aim of Wado karate is not merely perfection of the physical techniques of self-defense, but, the development of a mind that is tranquil yet alive, able to react intuitively to any situation. In Wado, as skill and knowledge are acquired through training and concentrated effort, the student is expected to develop inner strength and calmness of character, as well as the virtues of self-control, respect for others, and true humility. Karate-do for Sensei Otsuka is primarily a spiritual discipline.

Basic techniques – punching, kicking, blocking, striking with open hand, joint twisting, and trapping techniques – kata (a sequence of techniques done in certain order against imaginary opponents), and prearranged and free style sparring comprise the training foundation of this style. Equally fundamental to Wado is taisabaki, body shifting to avoid the full brunt of an attack, a technique derived from Japanese swordsmanship. Kumite (sparring) is usually judged on a point system; one referee and four corner judges determine which techniques are given a point. In free sparring, there is no contact allowed to the head, below the waist except for foot sweeps, or to the spine; only light to medium contact is allowed to the torso. Attacks to the head and torso can all score points in a tournament, therefore, Wado karate-ka tend to fight with explosive, close movements with an emphasis on well-controlled techniques

A Message from the Otsuka Family

Jiro Otsuka was born the second son in the Otsuka family in Tokyo in 1934. The same year the first Grand Master Hironori Otsuka established his own organization called “Dai Nihon Karate-do Shinko Club” which was the parent organization of Wado-Ryu Karate-Do. Such being the case, Jiro Otsuka’s life started the same time as the development of Wado Ryu.

A unique point about Wado-Ryu is that is still practices the hereditary system which was once prevalent in ancient times in Japan but is no longer seen today. This is where the position of Grand Master is handed down to the next generation family mentor who is most deserving of the title.

In 1983, the present Grand Master Otsuka II succeeded Hironori Otsuka and became President of the Wado-Ryu organization. After concentrating all of his energies on developing Wado-Ryu not only in Japan but abroad as well, the fruits of his labors have been realized. There are presently 1,000 branch dojos with membership of 40,000 throughout the world.

The name Wado-Ryu comes from the idea of TEN to CHI to JIN no RI_DO ni WA suru.

The Kanji TEN means sky, heaven and the air, CHI stands for earth, the soil and the ground. JIN represents men, mankind and human beings. RI_DO means reason and truth. WA stands for the sum of a whole, peace and harmony. These definitions are the peace and harmony. These definitions are kanji’s literal meanings, but imply many other concepts and symbols which encompass the existing world such as sunlight, rain harvesting crops, desire, love etc. The phrase TEN toCHI to JIN no RI_DO ni WA suru, connects all these symbols and concepts together with TEN, (sky) CHI (ground) and JIN (human beings). Represented as three circles, meaning the basic principles. If those combinations are naturally executed then WA (harmony) is created and that is represented by a larger circle that encompasses all the other principles.

Creating harmony – WA is the most difficult condition to attain in the martial arts. In order to do this you have to sharpen your intellect not only through physical training but mental training as well.

USAdojo - March 21, 2013
We use cookies to ensure that we give you the best experience on our website. If you continue to use this site we will assume that you are happy with it.OkRead more