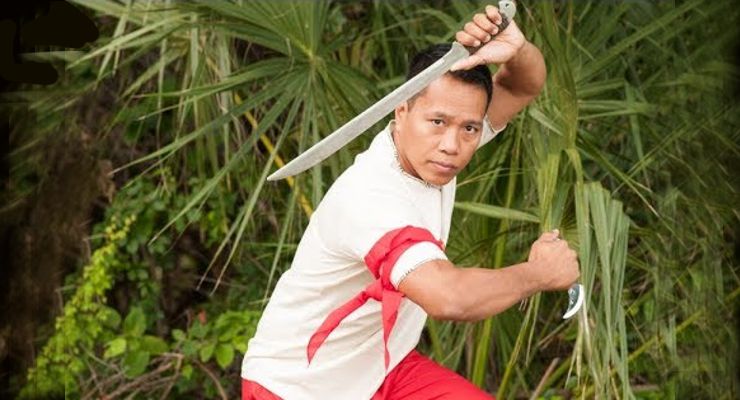 Born in Batangas, Philippines, Apolo Ladra is a Master or Tuhon of Pekiti Tirsia Kali, the indigenous art of the Philippines. He came to the United States when he was only five years old. He is a student of Grand Tuhon Leo Gaje, Jr. in the Pekiti Tirsia style of Kali. Apolo Ladra also holds high ranking Black Belts with the ATA and the WTF, as well as the Ernie Reyes’s West Coast Tae Kwon Do Association.

Apolo Ladra began his study of martial arts in the early 1970’s at a J. Kim’s Taekwondo school and as he went through the ranks martial arts gave him flexibility, strength, and coordination, along with discipline and courage. From his martial arts training he learned to stand up to those who might harm or bully him, and, even though his father was chief of police, Apolo continued to be humble, non-violent, and respectful toward others. He also learned to be a leader through his martial arts training and he learned a great deal about management, both in dealing with people and in business. This allowed him, at one point in his life, to manage 57 individual taekwondo schools, to teach more than 60 classes a week, to train for hours every day, and to compete for gold and silver medals at martial arts tournaments all over the world. As an instructor he helped also train state, national, and Jr. Olympic champions. 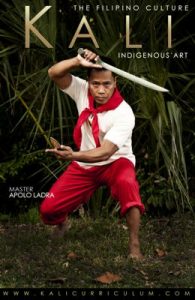 In his 20’s, Apolo Ladra felt a new love for his birth country, the Philippines, and for the Filipino Martial Arts, and he began to study Pekiti Tirsia Kali directly under the tutelage and watchful eye of Grand Tuhon Leo Gaje, Jr.

Apolo Ladra has over 40 years in the martial arts. A student of Grand Tuhon Leo Gaje, Jr., he is heir and guardian to the Pekiti Tirsia style of Kali, and has developed curriculum for Ladra’s Kali-4-Kids, KaliCombat, and KaliFitness, curricula which is taught in martial arts schools worldwide.