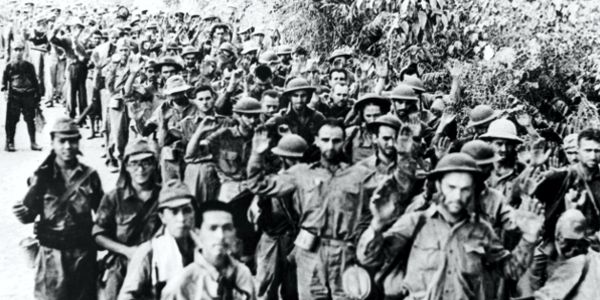 Maestro Armando Angeles was born on the island of Cebu in the Philippines in 1922, there he was raised and taught the art of eskrima by his father and uncle who had known many eskrimadors and gathered what they could from them, eventually to be passed down to Armando.

As a young man he explored the art even further incorporating what he gathered “playing” with others of like mind. This knowledge that he learned would later prove useful when he joined the military and was assigned to the Philippine scouts, it was during this time when what he had learned kept him alive against the invading Japanese military forces. During one brutal battle, with 4 days of hand to hand combat, the order to surrender was given by U.S. Armed forces. Reluctantly the Filipinos did as ordered only to be taken on what was and is now known as the “Death March” and they ended up in various POW camps under the control of Japanese troops. During the next four years Maestro was a prisoner until the American Forces under MacArthur returned and freed the POW’s. Many Filipino’s fled into the mountains to join with the guerrilla resistance as did Maestro.

Eventually peace time came with the surrender of the Japanese forces, and Maestro Armando Angeles moved to the United States where, before his death in 1999, he passed his knowledge on to Guro Marsh.