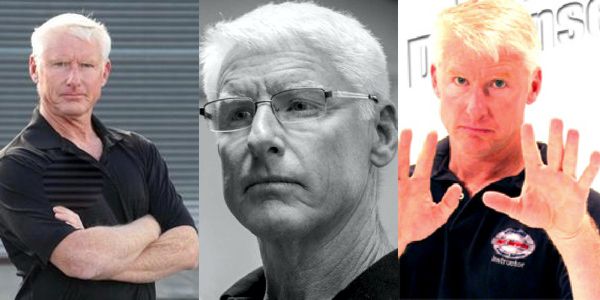 Bill Kipp, owner of Fast Defense Global, has become a leading authority on the subject of adrenal stress response training through decades of colorful personal experience. “I am an expert on the adrenal fear rush because I have made every mistake possible with regard to this physiological response and yet lived to tell about it,” he tells his students candidly.

Kipp’s experience started early, with years of repeated beatings perpetrated by an older brother. Because Kipp was vastly outweighed and overpowered, his only defense was to curl up in a ball and take the beatings. As a result, he was conditioned to freeze up whenever he encountered a scary confrontation. Thus, despite being athletic and strong, when faced with the inevitable altercations of youth, he would experience the common adrenal stress effects of weak knees, rapid breathing, and queasy stomach.

Finally, after experiencing the humiliation of freezing in a schoolyard fight in front of dozens of fellow students, Kipp decided to take stronger defensive measures.

Bruce Lee’s soaring popularity at the time was a major factor in Kipp’s entry into the martial arts. At the age of 15, he joined a small Goju Ryu karate school near his hometown of Madison, Connecticut. In retrospect, he now sees this as the first step in a long journey toward eradicating fear from his life. Yet even after achieving the rank of black belt, Kipp found that the adrenal fear rush still overcame him during heated arguments and confrontations. Although he could perform fancy martial arts moves that looked good during training, the hard wiring from his brother’s assaults years earlier prevented him from applying those techniques when he most needed them.

The next step of his journey was to join the U.S. Marines. As a member of the 3rd Marine Recon unit, Kipp became a Recon team leader and traveled throughout Asia training with elite special forces of other countries. Still, despite arduous training, the freeze response remained a serious impediment whenever he encountered heated arguments and conflicts. Among those conflicts were an armed robbery and two attacks by gangs. It was in his second gang attack that everything changed for him. In the middle of the melee, Kipp was able to switch his fear-induced paralysis into full-on pissed-off fury. His Recon buddy had been cornered and was taking a beating, and this incensed Kipp, transforming his fear into power. Diving into the mass of attackers, he felt for the first time what the biochemical force of adrenaline can accomplish when channeled and applied correctly. Unknowingly, Kipp had just had his first encounter with “the missing link.”

After his four-year tour in the Marines, Kipp moved to Manila, where he attained another black belt in arnis while supporting himself as a bodyguard and barroom bouncer. His days were filled with studying the martial arts, and his nights were peppered with skirmishes and brawls, many of which were quite violent. Yet he was still unable to apply the complicated martial arts skills that he’d worked so hard to perfect. In other words, there was clearly something missing from his traditional martial arts training when it came to applying that training in the heat of battle.

From his bodyguard work Kipp learned a very important lesson: that most confrontations can be talked down, or de-escalated, with good verbal skills. Through experience, Kipp gained the ability to stay calm in the midst of the adrenal rush and find creative resolutions to problems that previously would trigger him (and tend to trigger most people) into knee-jerk fear responses—the kind that get people into serious trouble every day.

Two years later, Kipp moved back to the United States and settled in Boulder, Colorado, where he received training as an adrenal stress response instructor from Matt Thomas, the founder of Model Mugging. This unique program involved the use of a fully padded assailant that allowed the students to fight full force while in the adrenal rush state. While running his own Model Mugging courses from 1989 to 1999, Kipp was invited by noted Paladin author Peyton Quinn to help teach the Rocky Mountain Combat Applications Training (RMCAT) program, now considered the Cadillac of adrenal stress response training programs. Kipp redesigned the Basics and Weapons Defense programs for RMCAT and, together with Quinn, personally teaches each class to this day.

In 1998, Kipp created his innovative FAST (Fear Adrenal Stress Training) Defense program, incorporating the latest advances in scenario-based reality self-defense into powerful short seminars. He now travels full time, training instructor teams around the United States and abroad. At this point, Kipp has logged more than 30,000 scenarios in the padded suit and is arguably the most experienced person on the planet in this type of training.

His unique approach to teaching self-defense is changing the way martial arts and self-defense are being taught by creating a bridge from the dojo to the street. Students can now learn how to work effectively with the adrenal fear rush without having to go through the school of hard knocks. Kipp has designed programs for men and women, teenagers, and children, as well as specialized courses for law enforcement officers. He has also taught onsite corporate courses for the likes of Lucent Technology, MCI, Coors, and Lockheed Martin. He consistently receives rave reviews from everyone who experiences the FAST training.

Most significantly, the majority of FAST Defense graduates report that the verbal skills they learned work incredibly well to de-escalate most hostile situations before they become violent. “Verbal defense truly is the most important self-defense technique of all, yet it is missing from almost all self-defense training,” Kipp says. “FAST Defense has refined it to an art, and at the risk of sounding cliché, it is ‘the art of fighting without fighting.’” He calls FAST Defense “the missing link” between traditional martial arts and modern-day self-defense training, a label that inspired the title of his first Paladin video. The Missing Link: Self-Protection Through Awareness, Avoidance, and De-Escalation identifies the common mistakes people make under stress and focuses on how to not only overcome the adrenaline response but actually harness the power of adrenaline so that it becomes your ally in violent confrontations.

To contact Bill Kipp and Fast Defense Global visit their listing on the Martial Arts Schools and Businesses Directory by clicking on the image on the left.