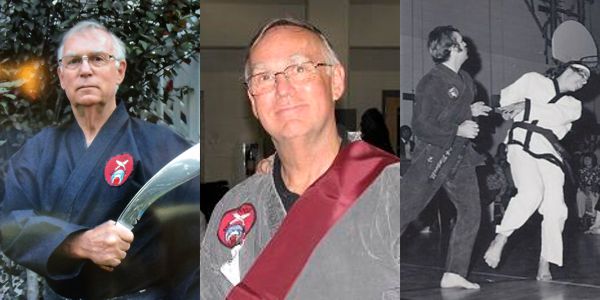 Bob Maxwell was born on December 13, 1943 in Washington, D.C. He has been in the martial arts for more than 44 years and has taught for a larger portion of those years. He is a 7th degree Black Belt in Bando and a 1st degree Black Belt in Isshin-Ryu. He has trained in Bando, Judo, Boxing, Kickboxing, Isshin-Ryu, and has combat handgun training. 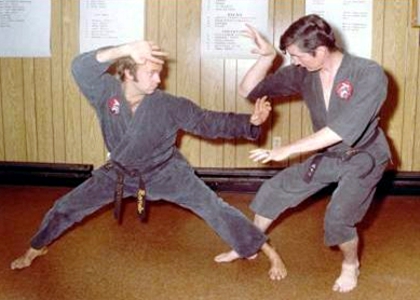 Bob Maxwell began his Bando training with Dr. Maung Gyi at American University. He received his 1st level in Bando in 1965 and competed against Chuck Norris and Joe Lewis at Jhoon Rhee’s Washington, D.C. Tournament.

In 1966 he put on Kukhri and Balloon Breaking Demo’s with Dr. Gyi at Gary Alexander’s Isshin-Ryu Tournament at “Manhattan Center”.

Between 1965 and 1967 he was a US Navy Hospital Corpsman. He served at NNMC Bethesda, Maryland, at Oakland Naval Hospital, on the USS Enterprise RNVN, and at Air Crew Development Center, Philadelphia, Pennsylvania.

In 1967 he formed a Bando Class on the USS Enterprise. He competed in Manila and in the Philippines. Mr. Maxwell received Brown Belt in Judo while stationed in Philadelphia. He won 2nd place at Ki Wang Kim’s National Championships against Skipper Mullins in a closely contested 3 to 2 match in the Finals. Maxwell knocked out three other competitors on way to finals, and was not disqualified because Chief referee Jhoon Rhee said that his opponents all “ran into” the punches. (These fight took place before the use of safety gear). During this time he also defeated Black Belt Magazine Ranked and N.Y. Tournament Defending Champion Julio LaSalle at S. Henry Cho’s Tournament in New York. Also during 1967, he began a life-long association with Isshin-Ryu through Tom Lewis, Harvey Hastings, Don Bohan and Rick Niemira. 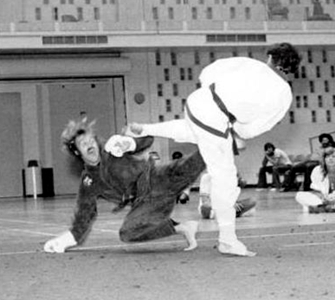 1969 , together with Harvey Hastings and Tom Lewis, Bob Maxwell conducted the first Bando/Isshinryu Tournament in Salisbury, Maryland. This event is where Rick Niemira first became associated with the Bando group. Don Bohan, Dr. Maung Gyi, Bob Hill and Steve Armstrong served as Chief Referees. Donald Bohan had his historical match with Ralph Chirico at this tournament.

He was Assistant Coach and corner for Ronnie Barkoot at his Heavyweight Title Kickboxing Match with Joe Lewis in New York.

Bob Maxwell was the corner for Dr. Gyi at his Sunnyside Gardens Kickboxing Match. 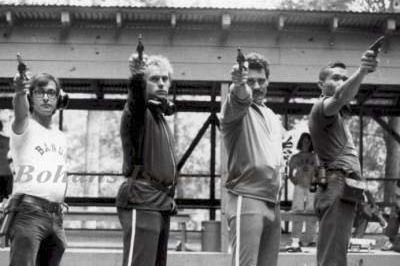 Mr Maxwell served as Chief Referee for the Professional Karate Association, officiating over many title bouts, including Jeff Smith and Bill Wallace. Bob was involved with Don and Judy Quine and Mike Anderson, owners of PKA, when the official rules for PKA fights were being established. He served as an Official for many title fights across the U.S.

He lived and worked in Saudi Arabia and Jordan for two years where bob was a contractor teaching Armed and Unarmed Combat Tactics, Hand To Hand Combat, Protective Operations and Firearm Training to the Saudi Royal Guard Brigade, Saudi Air Defense Forces, Jordanian Royal Guard and the Jordanian Special Forces. He continued to host members of the Jordanian Special Forces for advanced Kukhri and Hand to Hand Combat training in the United States at the Bando Association’s Ohio training facility.

Bob Maxwell is currently teaching Bando Class in Bethany Beach, Delaware and conducting seminars in the Hard Style of Bando as a guest of numerous other style and systems.

USAdojo - May 9, 1995
We use cookies to ensure that we give you the best experience on our website. If you continue to use this site we will assume that you are happy with it.OkRead more