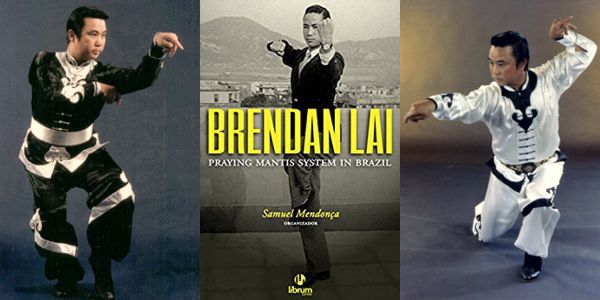 Grandmaster Brendan Lai was born in Hong Kong in 1942. He became a devoted disciple of the the famous Seven Star Praying Mantis Grandmaster, Hon-Fun Wong, after studying that system for many years. In 1961, Grandmaster Lai came to the United States to attend college, and in his spare time, he worked very diligently to improve his skills. In 1967, he started teaching the Seven Star Praying Mantis Kung-Fu system, and within a few years, he became known all over the world for his expertise in Kung-Fu.

Grandmaster Brendan Lai earned numerous titles and honors over his years as an instructor. Here are but a few of his many accomplishments: He was the first person ever to receive a Ph.D. in Martial Arts by the Eurotechnical Research University. That same month he was appointed Dean of the Department of Chinese Studies at the same university. Finally, in 1992 he formed the International Northern Praying-Mantis Federation and became its chairman.

To the great sadness of the Praying Mantis community, Brendan Lai passed away September 23, 2002.

Barry Broughton - March 31, 2017
We use cookies to ensure that we give you the best experience on our website. If you continue to use this site we will assume that you are happy with it.OkRead more