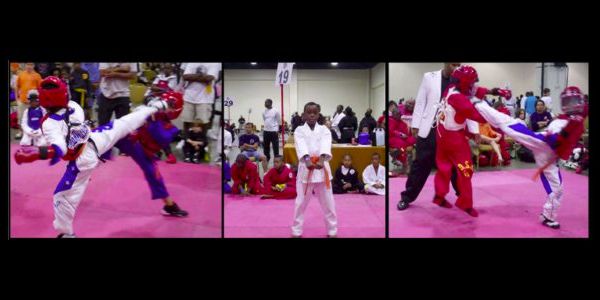 Karate Kid Hakeem “TNT” Griggs is representing Cincinatti, Ohio winning karate tournaments all around the nation, with a 2011 fighting record of 13 wins and 0 loses.

December 2010 it was announced in class that Hakeem was expected to go undefeated in 2011. So far he is living up to the hype, “Undefeated.” – Ohio Martial Arts Magazine 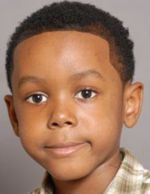 Karate Kid Hakeem TNT Griggs recorded currently stands at 11-0. He is training under the tutelage of Anthony Price, and its frightening to think about how much better he can get if he stays with it, because he is only 8 years old. – On Point Fighting Magazine

Born on September 23, 2002 in Network, NJ Hakeem TNT begin training in July 2010 under National Champion Master Anthony Price. Hakeem TNT loves martial arts. Hakeem got his nickname “TNT” from the parents of Priceless Martial Arts, Academy, because of the way he exploded in his first fight class with no technique whatsoever. Through training with Priceless Martial Arts Academy, he is learning good technique, and he trains hard at home, as well. Hakeem TNT competed in his first tournament in Cleveland after having only one fight class and only two weeks of training. Hakeem TNT won 3rd place in fighting. The very next day Hakeem TNT competed in Cincinnati, Ohio and won 1st in forms, 1st place in fighting and 2nd place in Continuous fighting. Since then Haleem TNT has competed in numerous tournaments in Ohio, Detroit, Atlanta, Kentucky, Chicago, Indiana and Washington DC.

Karate Kid Hakeem TNT Griggs started training with Coach John Falcone in boxing in May of 2011, and he loves it. His dad thought the box
Hakeem TNT is focused on becoming a Black Belt National Champion. Hakeem was just informed that he will be moved up to compete in the intermediate division.ing training would help Hakeem’s karate, so with the permission of Master Price, Hakeem has opened a new door. Hakeem TNT also enjoys playing basketball, football and soccer, He attends school in Winton Woods School District and is an honor roll student.