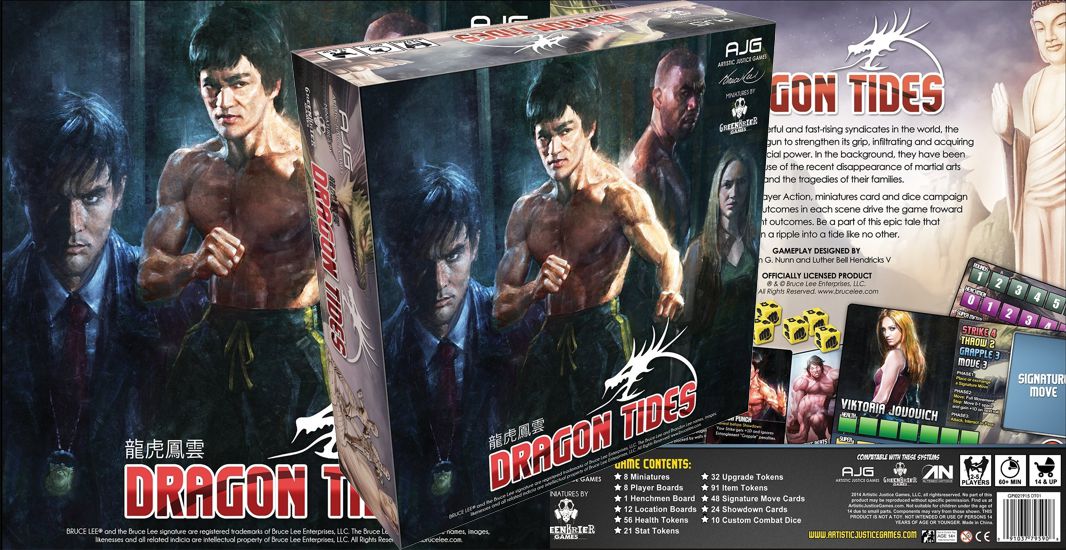 Think of this game as a tribute to the action genre, martial arts movies, and video games such as Double Dragon, Streets of Rage, and Final Fight. The game is broken up into chapters and scenarios that drive the story for the game and its characters.

1-5 Players will utilize Bruce, Brandon, Viktoria and Luke as they delve into their individual story lines, bringing their own gameplay elements to the table as they go up against the “Tiger Organization”.

Characters will utilize a dice pool of movement, attack, defense, and tactic combinations specific to their characters. Cards will incorporate their own special moves to unleash during combat.

While there are 4 main characters to choose from, another player will control the Tiger Organization” as they use their own set of dice pools to command Bosses, Mid-Bosses, and a never-ending group of henchmen to accomplish their own sinister goals and/or to stop the Heroes from stopping them.

A very unique feature is the way the story is told. Instead of a linear storyline, the players’ decisions will branch out into different encounters and epic battles, giving the overall game a lot of replay-ability as if being in control of an action movie. Your encounters will either weaken or strengthen the “Tiger Organization”, in preparation for the final showdown!