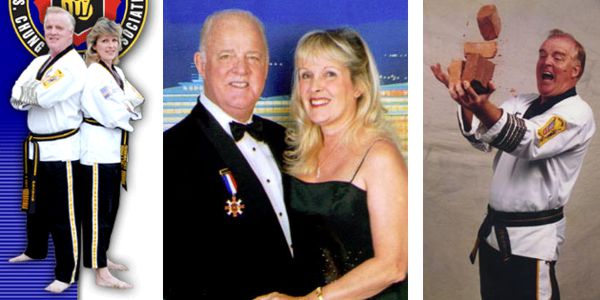 Grandmaster Edward B. Sell was the highest ranked non-oriental in Taekwondo. His credentials and reputation were world-renowned. Grandmaster Sell received the highest recognition, appointments, and degree of anyone outside of Korea. He had more than 35 years of experience in the study, training, researching, teaching, and performing of one of the World’s most effective forms of self defense (Taekwondo Chung Do Kwan).

Grandmaster Edward B. Sell was the founding President of one of the oldest Taekwondo Institutions in the world, the U. S. Chung Do Kwan Association (est. 1967). He offered credentials to Black Belts who wish to excel in the profession of teaching Taekwondo. Grandmaster Sell developed a unique Instructors Degree system to keep the retention of high-ranking black belts.

Grandmaster Edward B. Sell had more than 100 Master Black Belt students from 4th-7th Dan. He was known throughout the world for his impressive brick and concrete breaking techniques and high impact Taekwondo exhibitions.

He and his wife, Grandmaster Brenda J. Sell (7th Dan), established an international Christian Black Belt Demonstration Team, called The Sell Team. They received assignments through the U.S. Pentagon to perform at military installations throughout the world. They also performed in churches and public schools using Taekwondo to carry inspiring messages encouraging and motivating people of all ages to “be all they can be.” 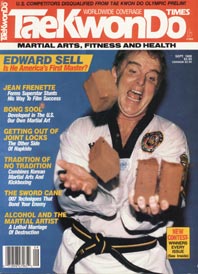 He promoted more than 5,000 Black Belts in his career and his teaching principles qwere exposed to nearly 250,000 American students. He was also the Founding President of the following: US Chung Do Kwan Association, Korean Taekwondo Association of America, The Sell Team (International Christian Demonstration Team), Taekwondo Rangers, and the Christian Taekwondo University. His goal in life was to touch people’s lives, encouraging them to be strong in mind, body, and spirit and he reached his goal.