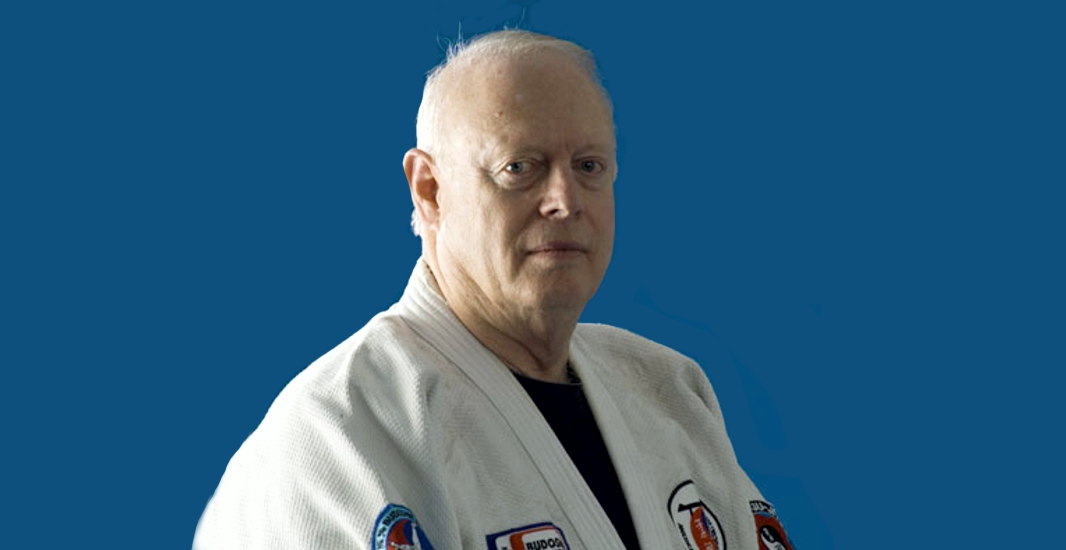 Professor George Kirby, Judan is an internationally recognized martial arts instructor and author. He was born in 1944 and has been teaching Ju-Jitsu since 1967. He taught at the Burbank YMCA from 1968-75 and the Burbank Parks Dept. from 1974-96. He is currently teaching Budoshin Ju-Jitsu classes through the Santa Clarita Parks & Recreation Dept., Santa Clarita, CA, about 35 miles north of Los Angeles. He was awarded the title of Hanshi in 1997 and his Judan grade in 2000. He taught Ju-Jitsu at Olive Vista Jr. High School, Sylmar, from 1976-83, as an elective and alternative to regular physical education classes as a fully credentialed school teacher. He has taught seminars throughout the United States, Canada and Israel.

Using his skills as an experienced professional high-school teacher, Prof. George Kirby has had the opportunity to write a number of books, magazines, and even a videotape series. His published books include Ju-Jitsu: Basic Techniques of the Gentle Art [Ohara Publications 1983], Ju-Jitsu: Intermediate Techniques of the Gentle Art [Ohara 1985], Jutte: Power of Ten Hands Weapon [Ohara 1987], Budoshin Ju-Jitsu; “The Big Book” 5th ed, and a new book scheduled to be released by Sabot Publications in the fall-2001. In 1992 Panther Productions released the 8-videotape instructional series, entitled Black Belt Ju-Jitsu. Prof. Kirby has also written numerous articles for Black Belt, Inside Karate and other martial arts magazines.

In addition to his instructional responsibilities, Prof. George Kirby serves chairman, board of directors for both the Budoshin Ju-Jitsu Dojo Inc. [a non-profit educational foundation] and the American Ju-Jitsu Association [an amateur athletic association and governing body for Ju-Jitsu in the U.S. as recognized by the U.S. government]. He is also the founder of the Budoshin Ju-Jitsu Yudanshakai, an educational foundation.

In 1994, Prof. George Kirby was selected to serve as a a Defensive Tactics Consultant for the Los Angeles Police Dept., serving on their Civilian Martial Arts Advisory Panel, and and continues to serve in that capacity. He is a member of the American Society for Law Enforcement Training. He also developed a Defensive Tactics program for the state of Nevada in the 1980’s and has taught arrest & control techniques to private security firms and a variety of local and national law-enforcement personnel.

Prof. George Kirby was a public school teacher for over 45 years. He has a MA degree in Social Science, Standard Secondary Teaching Credential and Administrative Services Credential from the state of California. He has been the chairman of the Social Science Dept., U.S. Grant High School, Van Nuys, since 1994, where he teaches Advanced Placement U.S. Government and Honors Economics.