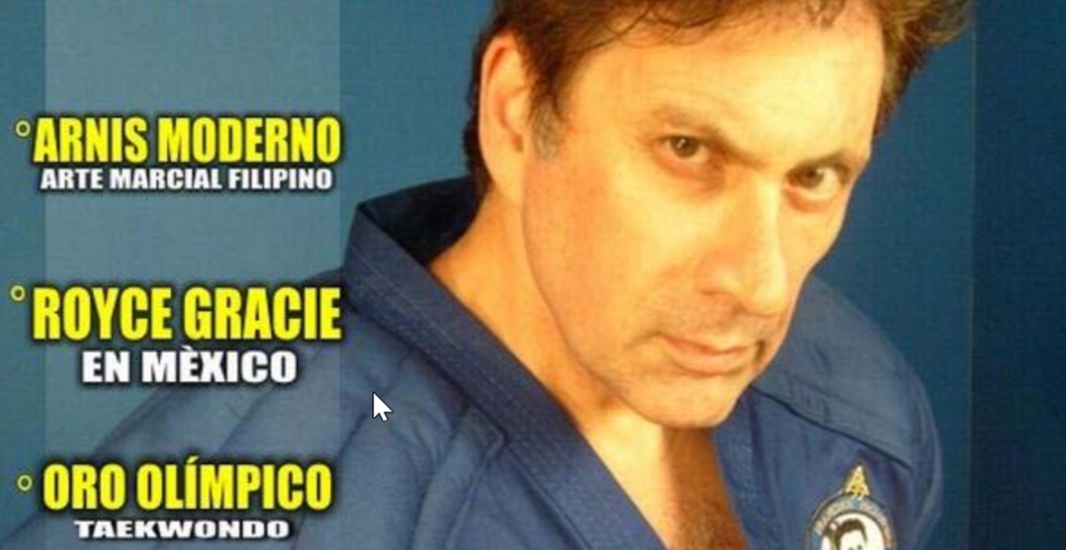 Below is a biography of information that Frank Dux has given to numerous magazines for publication, including USAdojo.com. We discovered that people often trusted Frank Dux and took him at his word, even vouching for him without realizing that the things he told them were not true. Wanting to be accepted by a “celebrity” often gets people to say and do things they would not otherwise say and do. We began looking for facts when we realized that much of what is said in this biography and other articles about Frank Dux did not stand up to scrutiny. We also realized that when confronted, many of the people who Frank used for references would sheepishly tell the truth, that they could not vouch for him or that they got swept up in the glory of it all and that it was only later that they knew they had been used. We believe that the truth is important and we will continue to look for the truth, and allow the people who wish to, to give us a truthful statement, that will allow us set the record straight.

Read The NOT So REAL Frank Dux

Inside Martial Arts: Frank Dux – The Secret Man
“Hanshi, Frank Dux, raised a bar that others still try to reach. His teachings transcends martial arts, they are more about how to live a harmonious life in the face of great adversity. He can be called the Jewish Bruce Lee, having transformed from a poor immigrant into an inspirational martial arts icon and filmmaker, who invented a new genre. His movie, Bloodsport, based on true events from his life, still motivates generations to study the martial arts. His trials in life gave rise to an expression, to be “Frank Duxed”, meaning to be on the losing end of a decisive result that was rendered too quickly.” Jesse Barret-Mills and Daniel Gallei, Producers Put Up Your Dux.

Do a name search for Frank Dux on Facebook and once you get past 47 impersonators the authentic Frank W. Dux page presents itself. It provides a glimpse into the real Frank Dux. You will smile when you find out he loves and raises standard poodles, because, like him, he says “they are a most misunderstood breed.” You will detect that Dux is a very open and humble person, dedicated to helping others, who leads by example. But beware, do not mistake his gentleness for weakness. He is the first MMA style competitive fighter, way back in 1988, to be called by the media, the “Ultimate Fight Champion” from which the Ultimate Fight Championship gets its name, says UFC founder and Gracie family member, Higan Machado. Dux fought 329 matches and retired undefeated, setting world records.

According to MSNBC sports and MASA (Martial Art Sport Authority, South Africa) Frank Dux is the “The Godfather of Mixed Martial Arts.” The true, and verifiable, events in Frank Dux life form the basis for the martial art classic feature film Bloodsport. In Bloodsport, Jean Claude Van Damme made his screen debut portraying Frank Dux. Van Damme was trained by Dux and the fight choreography Dux invented started an entire new trend and genre of filmmaking that changed the way Hollywood stages and films fight scenes. Bloodsport is a platform that introduced audiences worldwide to the martial arts of Muay Thai, Capoeria, and other exotic styles. The movie still captures the imagination a quarter of a century later.

Extensive hand to hand combat experience and his historical family ties to intelligence gathering during World War I, II and then the Cold War, led to Frank’s becoming a covert operative. His duties were so sensitive his identity was kept a secret from the very agencies he served. To safeguard national security his actions were officially denied by his own government, says Admiral Horton Smith USN (ret), and Iran Contra Hearings Congressional Expert witness on Intelligence affairs, Lt. Commander Alexander Martin, USN (ret). They, along with foreign government officials like Major General Korneinko, USSR (whose statements are part of court proceedings), unveiled the fact Frank Dux experience led to his being a source contributor to Special Warfare manuals of some of the most elite law enforcement and military units, worldwide. Dux is named on pg.10 as a source contributor of the US Navy SEAL Special Warfare manual (K431-0097).

Hanshi, Frank Dux created a proprietary technology he calls FASST (Focus Action Skill Strategy & Tactics), which dramatically speeds up a person’s ability to identify and neutralize a threat. FASST allowed Dux to become a master instructor to the chief instructors of elite law enforcement and military agencies, worldwide. He has served as the keynote speaker for FLEOA (Federal Law Enforcement Officers Association) annual conferences for an unprecedented two years in a row, 2010 and 2011. Frank has been utilized as an instructor for HIDTA (High Intensity Drug Trafficking Area) and the NEOA (Narcotics Enforcement Officers Association) training officers in the execution of complex undercover and surveillance operations. Officer Gary Swanhart, Multi-Jurisdictional Counter Drug Taskforce Coordinator tells us that “Frank Dux has been utilized by MCTFT as an adjunct instructor of the Criminal Justice Institute, St. Petersburg Florida.” (More Info)

The NOT So REAL Frank Dux