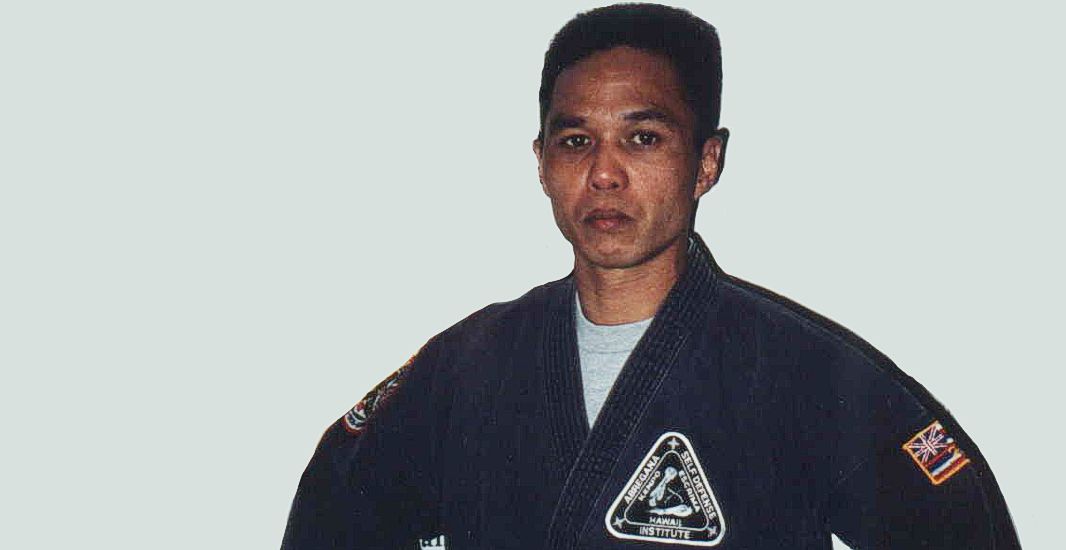 Professor Jaime Abregana Jr., was born in Hilo, Hawaii. He first studied the martial arts of Kenpo, Karate, and Jujitsu in 1968 under his father, Grandmaster Jaime Abregana Sr., founder of the Ewa Kenpo Karate Club. In 1978, Prof. Abregana was awarded his Black Belt. He was also an outstanding amatuer boxer in the 1970’s.

After the death of his father in 1994, Prof. Jaime Abregana became the successor to the Ewa Kenpo Karate Club, which he later took on the name, Abregana Self Defense Institute. In the 1990’s, Grandmaster Ming Lum had Prof. Abregana expend his knowledge in the Chinese martial arts of Bak Mei and Haak Ga under the Tutorship of Professor Randy Choy of the Chinese Athletic Martial Arts Academy in Honolulu, Hawaii. He has also had the opportunity to study under Grandmaster Bing Fai Lau.

Prof. Jaime Abregana has received numerous awards from Politicians from Hawaii for his accomplishments in the martial arts. In 1999, Prof. Abregana received the Commendation Award of Grandmastership from the Philippines Consulate General-Hawaii and the Council of Elders from Mindinao, Philippines for his accomplishments in the Filipino martial arts of Karaan, winning the full-contact traditional tournament twice and being appointed to the Council of Elders.

For more information about Jaime Abregana Jr. and Hawaii Martial Arts International Society visit their website at HMAI Society on Facebook and their listing on the Martial Arts Schools and Businesses Directory by clicking on the image on the left.

USAdojo - February 23, 2017
We use cookies to ensure that we give you the best experience on our website. If you continue to use this site we will assume that you are happy with it.OkRead more