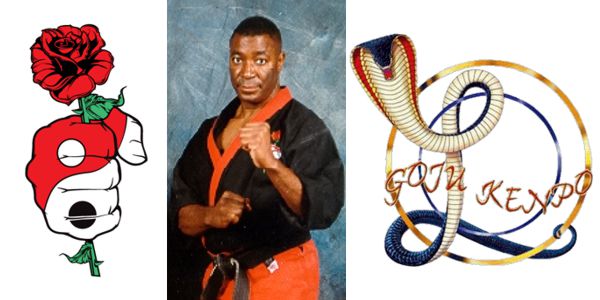 Master Larry Hall was born on July 7, 1960 in Reno, Nevada. His interest in the martial arts dates back to his teen years. In high school Master Hall found his idol Bruce Lee’s fighting style captivating.

Master Larry Hall began training in Kempo Karate Chun Fa with Chuck Valentine at the age of 17. He met Master Archie Alexander (who promoted Hall to first degree in July of 1988) and Master Joey Walker at a tournament. Impressed with their movement, Hall trained for 8 years in the Goju-Shorei Kifaru Karate System under Master Joey Walker. During this time Master Archie Alexander and Master Walker introduced him to Master Steve Muhammed and Master Donnie Williams. Motivated by Muhammed, Hall wanted a stronger Kenpo foundation and returned to study with Chuck Valentine where he received a Black Belt in January of 1988. During this time cross training was not accepted. This created tension and animosity between instructors, and Master Hall chose to isolate himself in Goju-Shorei. He felt that Goju-Shorei had the feeling of Kenpo with its ties to Master Muhammed and Williams, through which he was further educated by joining B.K.F.

Master Larry Hall received a third degree in Goju-Shorei from Master Stanford McNeal and he choose to cross-train in Shotokan karate, because Shotokan had a strong foundation in all the arts he was familiar with. He began to train with Clyde Kanekoo who was an eighth-degree black belt. Master Hall received private lessons and later received his first Masters degree under Master Kanekoo.

When Master Kanekoo left the area, Master Larry Hall was unwelcome in other martial art studios because cross training was not an accepted practice at the time. Therefore, Hall trained independently with different individuals who he felt would help him continue to grow. It was during this time that Master Hall studied the history of Bruce Lee and his system and Hall decided to create a system mirroring Bruce Lee’s Jeet Kune Do.

In the martial arts world of the time, it was political suicide to take the purity of Chinese, Japanese, and American systems and merge them together. Therefore Master Larry Hall was stripped of his rankings by his previous instructors. These rankings were later reinstated, but by then Goju-Kenpo had been born. The name Goju-Kenpo does not truly represent the system, as it is a universal system with no prejudice.

Goju-Kenpo incorporates different philosophies from many different systems. Master Hall worked with Eddie (Junior) Sanchez, Billy Menzera, Jay Quinahan, who put the Tae Kwon Do into the system, Ruben Espinoza and Archie Samples who introduced Master Hall to Sensei Gouhl, who placed the Okinawin Shorin Ryu weapons branch into the system, Charlie Michaels, who put in the Judo and Master Abracie, who put in the escrima/arnis.

The student’s studying with Master Hall’s at this time were Stefan Raulston and Kevin Vokes.

Today Goju-Kenpo is recognized through the governing body of the Shaolin Martial Arts World Federation who certified Master Hall to fifth degree black belt in Karate-Kickboxing. Grand Professor Billy Vargas promoted Master Hall to this rank in October of 1991.

Even though Master Hall promotes Goju-Kenpo, he remains loyal to the Goju-Shorei system. He attributes much of his success to Master Stanford McNeal, Sr. who took him under his wing, acting as his guide and instructor. Says Master Larry Hall, “I wish the best for and a very special thanks to Master Stanford McNeal for letting me stay and train at his home in Las Vegas.”

In 2009 Master Larry Hall began New Born Kings, an organization that wanted to provided a safe and competitive atmosphere where athletes could showcase their abilities and skills in the different divisions. The New Born Kings wish was to generate an atmosphere where the true spirit of mixed martial arts styles could prevail and flourish. The goal was to unite all competitors from all walks of the martial arts world under one roof; where they were able to build bonds and ties to last a lifetime. The organizations ran tournaments through 2014.