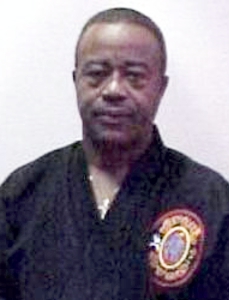 Stanford McNeal was born December 5th, 1940 in St. Louis, Missouri. At the age of 12 he began studying Judo under Sensei Beech. From ages 12 to 18, he received exposure to other martial art forms such as jujitsu, aikido and atemi waza. Upon graduation from high school Stanford McNeal entered the United States Marine Corps where he was introduced to karate.

Upon honorable discharge, Stanford McNeal met and began his study with Grandmaster Donald Baker and subsequently became Grandmaster Baker’s understudy. Master Baker taught Master McNeal the martial arts of Kong Soo Do, Combat Judo and Goju-Shorei Karate. Master Stanford McNeal also got the opportunity on a few occasions to work out with Grandmaster Bakers instructor, Robert Huggins. Masters Baker and Huggins stressed good basics and discipline; both were perfectionists. The classes were three to four hours long, no air-conditioning no fans and no complaining. Master McNeal would travel to various dojos in the city to train with the different instructors such as Sam Brock who taught the shuri itosu style under the banner of Shudo Kan, and Bob Yarnell who taught Shorin Ryu.

In 1966 Master Stanford McNeal and his family moved to Henderson, Nevada and began instructing karate at the Henderson Boys Club. There he began to refine his art and increase his knowledge and expertise in other styles and systems such as Mobuto Kempo, Tae Kwon Do, Kung Fu, and Tanto-Jitsu. Master McNeal studied the art of Tanto Jitsu under the late Master Henry Yoda and Aikido under Master Carl F. Dudoit, as well as another style of Shoto-Kan from Master Manual B. Jose.

Master Stanford McNeal became close friends with Osamu Ozawa, the highest ranked Shoto Kan karate master in the western hemisphere. Master Ozawa was an original student of Gichin Funakoshi. Master McNeal spent many hours with Master Ozawa, at a restaurant next to the dojo, talking about the old times and doing skull sessions. Master Osawa and Master McNeal often taught at each other’s dojo.

Stanford McNeal began cross-training with Master Donnie Williams in the Kempo style known as B.K.F. Master McNeal had already began to create the style which is now known as Kifaru, and found that there were great similarities between Kifaru and the B.K.F. system in that they were both very explosive and technical.

In 1968 Master Stanford McNeal became a police officer with the Henderson Police Department and was the only Black officer on the department for eight years. In 1972 he was promoted to the Detective bureau. Master McNeal became the first person on the Henderson police department to receive the Medal of Valor and the only officer from the department to be inducted into the American Police Hall of Fame for an act of bravery. In 1984 McNeal received recognition as a certified defensive tactics instructor for Nevada POST. He created his own defensive tactics course, which was accepted by POST and was taught to Henderson Police officers. Master McNeal also taught accredited courses at the University of Nevada, Las Vegas (U.N.L.V.) and the Nevada National Guard. Master McNeal has taught self-defense and baton training to the Hughes Summa Corporation as well as the Salem, Mo. Police Department. In April 1990, after serving 22 ½ years, Master McNeal retired from the Henderson Police Department and moved to Salem, Missouri where he established the National Headquarters for the Kifaru Academy of Martial Arts.

While in Nevada, Master Stanford McNeal participated in numerous tournaments and became the first Black man to become Grand Champion of the Las Vegas National Invitational, retiring after three years as undefeated Grand Champion. While a police officer, he also competed in the Police Olympics and was gold medal winner each year until he retired from competition. During his years of competition Master McNeal traveled throughout the United States competing, assisting and promoting the art of Karate. He was the founder and served as past president of the Nevada Martial Arts Federation.

In 1990, Grandmaster Stanford McNeal received a Ph.D. in the Martial Arts and Physical Education from Union University of California. He actively travels, conducting seminars and visiting his franchise schools that are located in the states of Illinois, Missouri, California, Arizona and Nevada. Master McNeal is the Midwest representative of the Christian Karate Association and B.K.F. In 1993 Master Standard McNeal was promoted to 9th Degree Black Belt by his instructor, senior Grandmaster Donald Baker, who is now retired. Master McNeal is currently operating his Martial Arts schools in Salem, Houston and Rolla, Missouri.

Dr. Stanford McNeal stated that he is not finished learning this art and that the only way to perfection is to continually teach and train. Dr. McNeal advises that even a butcher hones his knives after each cutting session. There are so many new things that are being discovered about the arts and their application, that those who are too proud to learn, or too stubborn to admit that there is more to learn will deny the student the most precious gift that a sensei can give; “proper training”.

On March 27, 1999 Dr. Standford McNeal was issued Sokeship, promoted to the rank of 10th Dan and inducted into the World Martial Arts Hall of Fame and placed on the executive board. Master Stanford McNeal states that the only way he could have attained the knowledge, and have been exposed to the various arts and Masters that have touched his life, was through the divine intervention of God, who has so richly blessed him through the people that have impacted his life.