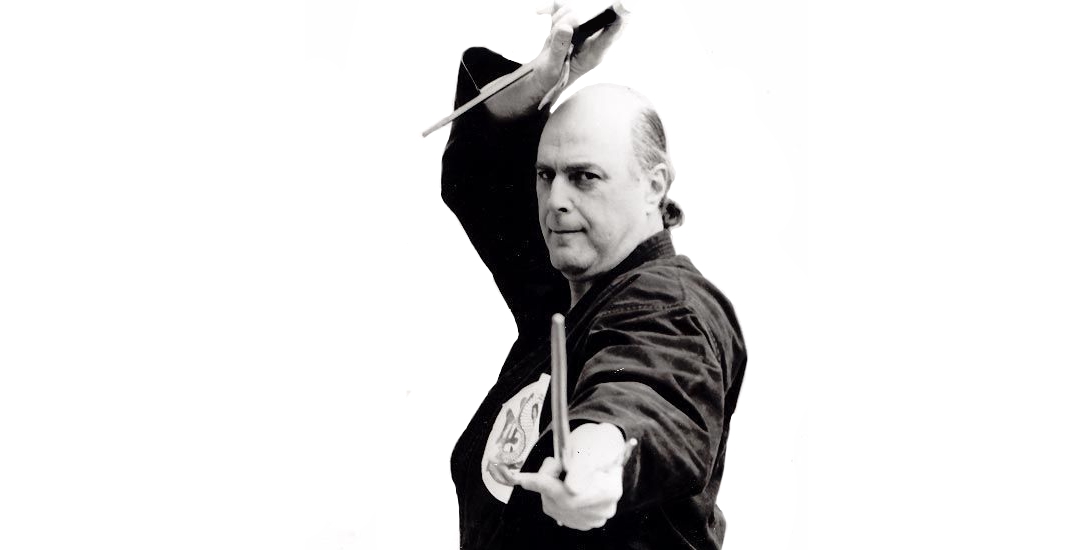 “Habu” Hanshi Stephen Kaufman has enjoyed an extensive career in the martial arts world since the middle 1950’s. An acknowledged Founding Father of American Karate, he is, along with his rank and title Hanshi 10th dan, Shodai soke, 1st generation founder of Dojo no Hebi-School of the Snake (Hebi-Ryu Budo) considered by many masters to be one of the most formidable and realistic martialist methods in the world. He began serious study of Ishinryu karate in Naha, Okinawa while serving in the United States Air Force and was one of the first USAF karate instructors as part of the American Karate Federation (Accredited by the Japan Karate Association: Messrs. Shuji Masutani, Masotomo Takagi, Hidetaka Nishiyama, Charles R. Collinsworth.)

Continually striving to learn more of the bushi arts, Hanshi practices daily: karate, weaponry, and iaido with a select group of “shosei” students. He also teaches self-defense for many national security agencies, senior citizen groups, community centers, corporations, and private clients. He travels the world as a Good Will Ambassador.

Recognized as a master speaker and seminarist, he conducts business management and motivation seminars and is widely sought out by major institutions and global groups. He is considered one of the more functional and productive strategy facilitators on the contemporary circuit.

He is the author of 37 books including the world famous The Martial Artist’s Book of Five Rings: The Definitive Interpretation of Miyamuto Musashi’s Classic Book of Strategy, Sun Tzu’s Art of War, Shogun Scrolls, The Living Tao, Sword in the Boardroom, Self-Revealization Acceptance, Life-Force Energy Healing, Zen and the Art of Stickfighting, and the coveted novel, The Hanshi of Central Park.