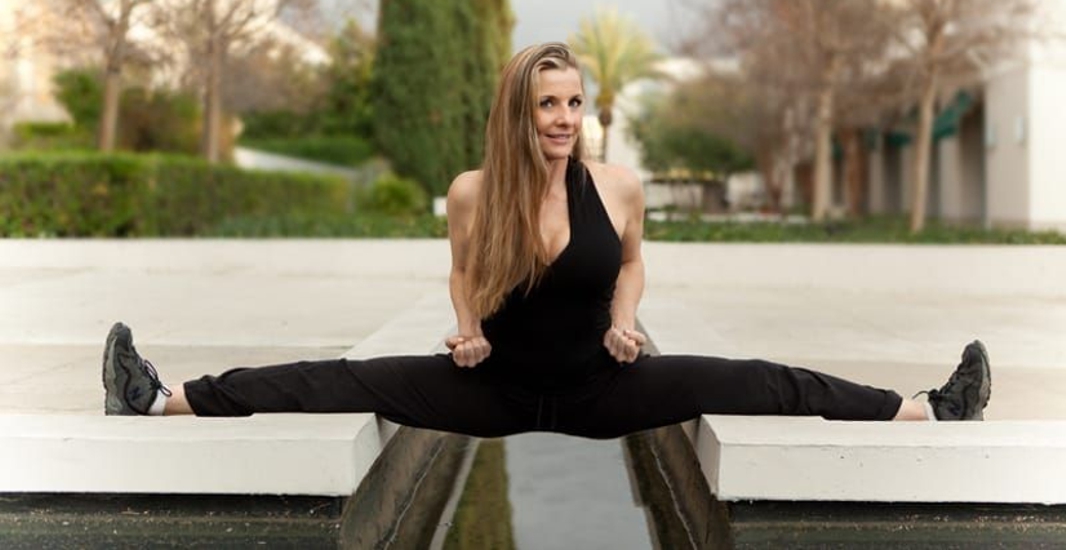 You understand what martial arts can do for you when Kung Fu Black Belt Stacey Nemour walks in the room. Standing at 5’8”, this beautiful and confident blonde has a reputation in martial arts circles that is second to none. She has been showcased in cover stories for such notable publications as Inside Kung Fu and Brazil’s Kiai, as well as prominent features in Masters of Kung Fu and Inside Martial Arts magazines.

Following in the footsteps of Bruce Lee, Stacey has worked for over 25 years to bring Kung Fu, martial arts, and flexibility into the international forefront for men, women, and children. She uses martial arts to cross-train professional athletes by designing intensive flexibility programs tailored to each individual’s needs. She delivers outstanding results that speak for themselves.

Stacey Nemour success stories include training Ultimate Fighting Champion Vitor Belfort and The Carlson Gracie Jiu Jitsu Team for their triumphant UFC championship fights on pay-per-view television. In addition, she has worked with other elite athletes including Olympic runner William Amakye, NBA players like Jalen Rose of the Indiana Pacers, and the entire Los Angeles Galaxy soccer team. Her clients rave about their improved flexibility, decline in injuries, and increased range of motion. Her stint with the LA Galaxy prompted Randy Kerdoon of Fox Sports 11 in Los Angeles to produce a feature story during sweeps profiling Stacey and her work.

Recognizing her talent, television producers eventually called upon her. Stacey was Cybil Shepherd’s combat double for an episode of Cybil, where she choreographed a fight scene and kickboxed three aliens. Stacey also appeared in the popular television series Power Rangers as the guest lead.

A model for fitness and sport, the editors of SELFmagazine featured Stacey Nemour in the body-bonus section in its November 2001 issue. So impressed by her, they called on her once again to prepare actress Shannon Elizabeth for their February 2002 issue.

Stacey Nemour has performed martial arts for a variety of video game projects including motion capture work for MTV’s Pirates. She also completed a Kung Fu workout series for ExpertVillage.com, one of Time magazine’s top 50 rated internet sites, her work out is in the 5 star “top rated category”.

At present, Stacey’s DVDs include:

Secrets of Splits & Flexibility 1 is an updated version of her popular program, with bonus material for International distribution through Body in Balance TV which is airing o television SKY Channel in the UK , Greece and other European territories.

Mark Woo, the inventor of the StretchGym™, also hired Stacey Nemour to write and star in the DVD that is included with StretchGym. She designed the routine to go with this brilliant aid for increasing flexibility.

Stacey Nemour contributes articles regularly to The Huffington Post on Kung Fu, Meditation, Flexibility, Spirituality, Health and Well-Being. She also helps prepare accomplished synchronized swimmers, figure skaters, dancers, actors, performers, pro athletes and rhythmic gymnasts for  auditions and competition.  Her clients and course members end up placing in the top three and exceeding their wildest dreams!Stacey has her sights set on shooting more courses and television projects, while continuing to be a positive female role model in the martial arts. Stacey is available for shoots, private lessons, work-shops and consultation via Skype, for those not in her area.

USAdojo - October 28, 2019
We use cookies to ensure that we give you the best experience on our website. If you continue to use this site we will assume that you are happy with it.OkRead more