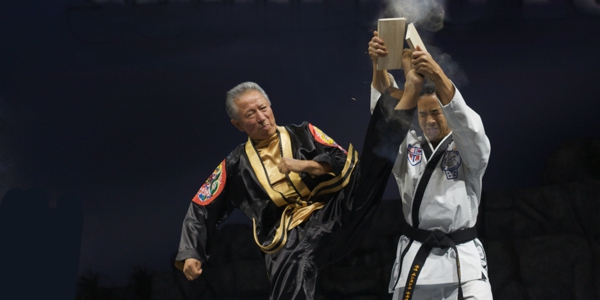 Grand Master Soon Ho Lee took the seat at the head of the country’s largest single system martial arts organization, the American Taekwondo Association (now ATA International) in June 2011 and served the organization until 2018. His historic inauguration to the esteemed position of Grand Master of Songahm Taekwondo brought people from around the world to the ATA’s World Championships in June, 2002. Since that day he has traveled the world to honor his pledge to dedicate his life to the more than 300,000 Songahm Taekwondo members worldwide; the same Songahm family that signed a petition in his honor.

During his first year as Grand Master he has not only trained literally thousands of students and instructors in over 16 countries around the world, he has also come to a higher level of understanding for the sacrifice his brother, the late Eternal Grand Master H.U. Lee made each day to care for the worldwide Songahm Taekwondo family. 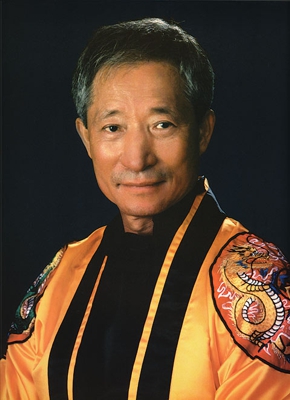 Grand Master Soon Ho Lee oversaw the organization with over 1,500 schools and clubs in more than 16 countries worldwide until 2018. Headquartered out of the International Songahm Taekwondo office located in Little Rock, Arkansas, he directs and mentors over 100 Songahm Masters.

Coming to America
In 1969, Grand Master Soon Ho Lee joined Eternal Grand Master H.U. Lee in the United States. Grand Master Soon Ho Lee’s original goal was simply to expand his academic opportunities. He actually had no intentions to make martial arts a career, but felt duty bound to help his brother and became just as passionate to build this new organization of professional martial arts instructors. Though he was extremely talented, his older brother would push him each day to improve both physically and mentally. Looking back he now knows even at the early stage of training his brother was preparing him for what would become his life, his love and his destiny as Grand Master of Songahm Taekwondo. After only a short month and a half, his brother pushed him to open his first club in Milwaukee, Wisconsin. In fact as Grand Master Soon Ho Lee recalls, his brother just told him one day “let’s go” and it was only after they arrived in Milwaukee his brother told him of the goal to open his first club. This one club became a school and soon thereafter grew into three schools.

In 1978, he would move his family to Panama City, Florida and build what was at the time an 8,000 square foot state of the art training facility, which would include a complete fitness center and Taekwondo training center.

Looking back at each new obstacle and challenge from those early days helped him to develop the patience and mindset that would be required of him in his position as Grand Master.

Accepting His Destiny and the Nine Steps to Becoming the Grand Master
Though he realized it was his destiny to accept the position of Grand Master of Songahm Taekwondo, the news of his older brother’s illness hurt him deeply. Grand Master Soon Ho Lee explains, “My brother was my hero, my mentor, and my best friend. He was the Grand Master! He could not be ill, he surely could not die! My brother was like Superman to me and I knew he always trained hard, ate right and took great care of himself. We had traveled so many miles together and still had so many miles to go.”

As with the opening of his first school in Milwaukee, he soon found himself promising his brother that the vision would continue. He would leave his home in Panama City, Florida and dedicate his life even further to keeping the ATA and the worldwide Songahm family moving forward.

He would now have to complete the same Nine Steps his brother had some 10 years earlier when he became the first Grand Master of Songahm Taekwondo.

The following includes the Nine Steps Grand Master Soon Ho Lee completed and a short explanation of each step:

**In instances of death, illness, or in the cases of expulsion, the three highest-ranking members of the Master’s Council would perform all duties, providing that they are not the nominees for Grand Master.
Step 2: The Master’s Council must approve the candidate 100%. Once approved, the Grand Master candidate would be asked to have a complete physical. Not only must he or she pass, but also their fitness level should place them in the top ten percent of their age group. Once a candidate is approved and has passed the physical, step two would be complete.

Step 3: As Grand Master H.U. Lee did, the new nominee must circulate a petition signed by 300,000 students, or sixty percent of the current Songahm membership. Every Songahm Master, Instructor, School Owner, Club Owner, and Member would participate in the process of gathering signatures. A complete list of all signatures would become a part of the permanent record, and would be displayed with the first letters so that all will know that step three has been completed.

Step 4: As Grand Master H.U. Lee did, the candidate will fast for twenty-one days during the preparation. Preparation will be broken down into four training quarters: fasting three days the first quarter, six days the second quarter, nine days the third quarter, and three days the fourth quarter just before the Grand Master ceremony. Each quarter, fasting will be documented and confirmed by a member of the Master’s Council. These documents will be placed in the museum as each quarter is completed.

Step 6: To ensure a “Strong Body and Clear Mind” the candidate will train daily, both physically and mentally. In addition, the candidate will train one day as a student with each member of the Master’s Council. The candidate must be able to fully appreciate the role of both student and instructor. Not only will the candidate gain new knowledge, but he or she will help create a tremendous force of synergy to help ensure a clear path for the leaders of the organization. The Council will train all future Masters in the name of Grand Master H.U. Lee.

Daily training will include the following: The candidate must master a Pro-Tech weapon of his/her choice. The selection will be announced and documented by the Master’s Council with a letter to be displayed at the museum. This weapon must become a part of his/her daily routine.

The candidate must learn and practice the ninth degree form that Eternal Grand Master H.U. Lee performed for his own testing and promotion to Grand Master. The form is to be practiced in its entirety ninety-nine times throughout the year.

Step 7: The candidate must perform the ninth degree Grand Master form at Songahm World Championships. He/she must also perform a personal demonstration with the weapon of choice and breaking. The demonstration must be performed with great ceremony and humility.

Step 9: The presentation of the new Grand Master in his new black uniform by the current Grand Master, or by the complete Master’s Council to the family and students of Songahm shall take place at the beginning of the Master’s ceremony.

All steps having been completed, Grand Master Soon Ho Lee was elevated to the esteemed position of Grand Master during a special ceremony and inauguration attended by VIP’s and special guest from around the world.

The Vision Tour: “There is always more to Learn”
Grand Master Soon Ho Lee set out on a Vision Tour across the country and eventually around the world. His goal was to touch as many members of the Songahm family as possible. This tour included special training for students, instructors and masters focused on traditional values and building better leaders for the future. Grand Master Soon Ho Lee believed there has never been a time in history when the need for positive people and strong leaders has been greater as it is now.

His brother changed the lives of all those he touched by making them believe “Today not Possible, Tomorrow Possible.” Grand Master Soon Ho Lee worked to continue that philosophy by adding “That as long as we know there is always more to learn tomorrow, anything is possible.”

Contact current Presiding Grand Master G.K. Lee and the ATA International organization through their listing on the Martial Arts Schools & Businesses Directory or FindADojo.com by clicking on the image on the left.