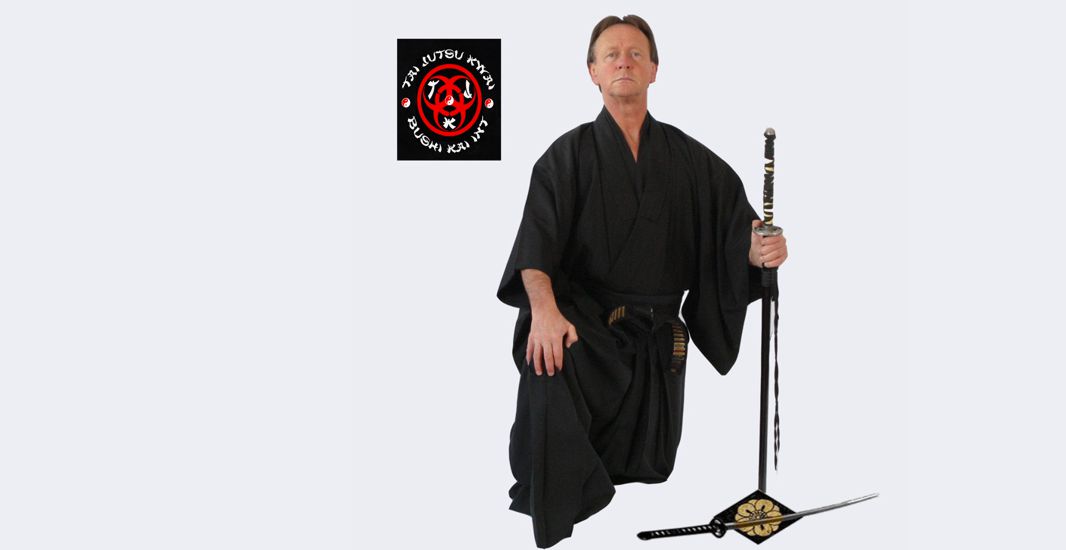 James Moclair 10th Dan Soke Shodai is a Professor of BuJutsu, (Japanese martial arts). He is a professional martial arts teacher and has been a professional since 1979. At this point of time he has been training in the martial arts for forty four years. James has an impressive career that has taken him around the world and has even been World Ju-Jutsu Demonstration Champion and Gold medallist representing England at the World Ju-Jutsu Games 1986.

Also in 1986 James Moclair took the British martial arts community by storm by also becoming the British Nunchacku Champion and even today he is still considered to be one of the finest nunchacku practitioners in the world. In addition, James’s skills with all other traditional Japanese weapons ise quite remarkable. If you visit Youtube online James has many video clips demonstrating his weapon and martial arts skills.

James has for many years been developing his own martial arts styles and these all come under the heading of Eikokyu-Ryu Tai Jutsu Renmei, The Ryu is broken down into Ju-Jutsu, Kempo Karate, Aiki-Jutsu, Ko-Budo Combat Judo and Combat Ki.

James is recognised as the founder of these systems by;

Each of the above has also bestowed the title of;
Soke Shodai, First Generation Founder to James.

Over the years James has set up several martial arts organisations:

James joined the ranks of the elite THE WORLD MARTIAL ARTS FRIENDSHIP SOCIETY and is recognized in the World Masters directory.

This indeed is an outstanding achievement and has only come about by years of dedication and hard work.

What is even more impressive that James spends over seventy six hours a week at his Dojo, (martial arts centre) where he teaches and keeps up his own martial arts practice. And if you think that is impressive let me tell you that he also does this seven days a week and rarely takes a day off.

James is not one to sit still; he is already working on his third book which he feels is his most ambitious project to date as this book is about Ju-Jutsu.

Professor Moclair is married with two children and his wife is also a 2nd Dan in Ju-Jutsu and 1st Dan Karate.