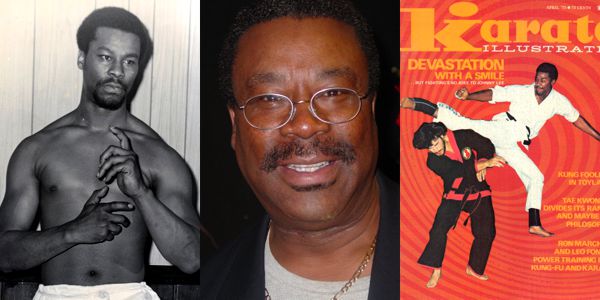 Johnny Lee was born in Danville, Georgia on September 16, 1950. His family moved to Fort Wayne, Indiana in 1955 where he lived until 1964 when the family moved to Detroit, Michigan where they settled and where Johnny would continue to grow up. In 1964 Johnny was 5′ 11″ tall and weighed 95 pounds and he was afraid of his own shadow.

In 1968 Johnny got married and settled down to raise a family. He decided to learn karate to build up his body and mind. He found a little store front studio in the neighborhood run by Mr. Harold Williams and Richard Blanks. The style taught was Tang Soo Do, Moo Duk Kwan and the Master Instructor was Lee Jung Ha.

Johnny worked at Chrysler Corporation on the afternoon shift, so he trained in a morning class, which was taught by a green belt named Howard Jackson. Later Jackson become a World Champion. In approximately 1969, Johnny met and began training with a young man, Everett Eddy, who had just moved to Detroit from Erie, Pennsylvania. Eddy would later earn the nick name the Monster Man.

Everett and Johnny became good friends and trained together 7 days a week and the two realized that we wanted to learn more than was being taught, so they went shopping for a new Instructor. They settled on a classmate from their previous classes, his name was David J Praim and he had a studio called the Karate Institute.

Through Praims’ instruction, the two trained hard and tested for their 1st Dan in the presence of Grand Master Hwang Kee. Sensei Praim was geared for tournament fighting and Eddy and Johnny wanted a piece of the action, so they began to compete.

Johnny didn’t win at first, he kept getting disqualified for too much contact to the head. Praim had a competition team called the Detroit All stars, but because of his contact issue, Johnny couldn’t fight with the team. Instead, Johnny was put on a second string team until he learned the necessary control and focus.

After the second string team went undefeated, and when Johnny became a controlled fighter, Johnny was allowed to join the All stars and the team also went undefeated. The All Stars went to California to fight the California Stars, which was ran by Chuck Norris. In this competition the news media tagged Johnny with the name Johnny “Smiley” Lee, because the more he fought the more he smiled.

Eddy and Johnny continued their quest for recognition and traveled the country mounting up win after win and fighting some of the worlds premium fighters who were also creating their place in sport karate.

USAdojo - July 19, 2003
We use cookies to ensure that we give you the best experience on our website. If you continue to use this site we will assume that you are happy with it.OkRead more