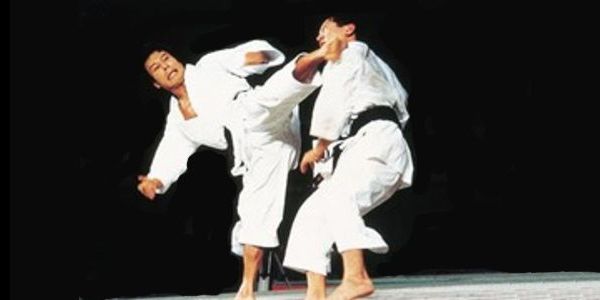 A Karate block can also be a strike, lock or take down throw!

The disciplined and dedicated practice of Karate, the practical fighting art, can allow a person to achieve amazing feats of human strength, conditioning and skill, and this is why all the old karate masters of Okinawa, Japan and Korea were absolutely incredible.

Karate is a martial art developed by the Okinawan peasant farmers, they learned the basic martial art movements from the Chinese, and then the Okinawan’s combined what they had learned, and combined it with their own cultural fighting art called “Te”. (Okinawa Te!)

The Okinawan’s did not call this art “Kudo Te” (Chinese hand), but they adhered to the new name of ‘Kara te’ (empty hand), which is what the Japanese had referred to it as, once they had learned the art from the Okinawans.

The great thing for modern practitioners of Karate, is that the Japanese had a very good influence on Okinawa, because of the way they infused some of their own ways into the native martial art by incorporating the use of the Japanese Judo uniform and the belt ranking system.

While Okinawan Karate is still primarily a striking art, and it was Japan’s Samurai methods of jujutsu, that have become a part of Karate’s standard training curriculum now.

A Karate block can also be a strike, lock or take down throw!

A good Karate practitioner, who has trained for at least 3-5 years, can develop a very good arsenal of skills for attacking and defending, and these skills can and will assist that same person in a self defence situation on the street.

Karate is a fighting art that was developed as an empty hand martial art system to help the individual to condition himself or herself so as to survive an attackfrom an armed or unarmed assailant out on the street.

Karate has spread from Okinawa to Japan, Korea, Philippines and to many other parts of Asia, and it has now widely spread to the Western world also.

The art has been around for a very long time, so it must be a very effective art for the self defence of an individual. 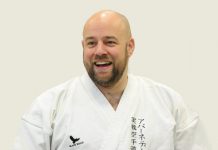 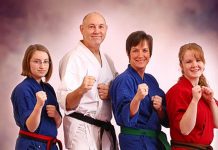