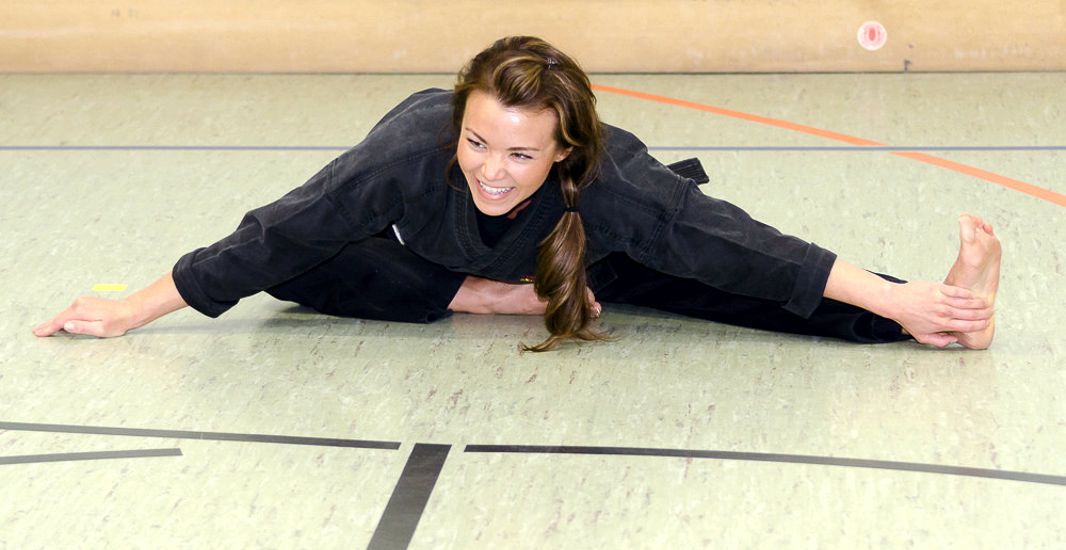 At the ripe old age of 21 Ki’ami Kuoha has evolved into one of the most formidable martial arts instructors in the world. Possessing skills beyond her years she is the heir apparent to the Kara-Ho Kempo system.

Since she was old enough to walk, Ki’ami Kuoha the youngest daughter of Kara-Ho Kempo Grandmaster Sam Kuoha, been groomed to one day take over the system that was passed down to her father by Professor William Chow. 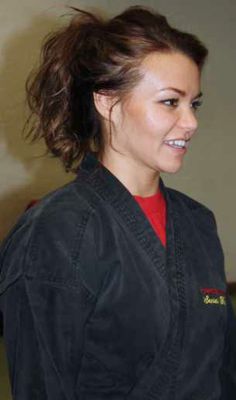 In an effort to build upon the Chinese roots that are an integral part of Kara-Ho history, Ka’imi has for more than 8 years been studying the Northern Kung Fu style of Green Dragon in addition to Kara-Ho Kempo.

“The foundation of our system is kung fu based so my dad wanted me to learn some of the Chinese kicks and other kung fu techniques so that I could incorporate them into our higher ranking forms,” said Ka’imi. “I study privately with (name) and I’m not replacing anything in our system but rather, I am adding selected kung fu techniques to Kara Ho.”

Ki’ami Kuoha explained that Kara-Ho is an external system while Green Dragon is internal- subsequently one of the primary differences between the two styles is the way in which they use an invisible energy source known as ki and chi.

“Chi is definitely a physical energy,” explained Ka’imi. “Bruce Lee’s physique would be a good example of someone that uses chi. Their bodies are just ripped because of the chi energy that they’ve mastered over years of training. My dad explained to me that ki can be used from somebody that’s in a wheel chair. So as I understand it ki is more of a mental energy, internal energy and chi is physical. Although both come from the same place, your center of balance and control of breathing it’s just a different way of exerting the energy inside yourself.

The multi-talented martial artist says that learning how to use both styles of internal energy has been of great help to her in and out of the dojo. Aside from her martial art studies she is also a working actress and a dancer with a troupe of Hip-Hoppers that perform at venues all over the state.

Another element of Kung Fu that has had a profound influence on Ka’imi’s life is the free flowing, almost poetic like movements of the art.

“The fluidity of Kung Fu has helped me a lot,” said Ka’imi“…especially when we get to higher rankings in Kara Ho where we have to do a lot of techniques that require a flow of motion as opposed to many of the short direct, in-close finishing moves associated with Kara Ho.”

While many of the Kara Ho techniques are kissin’ cousins with the Green Dragon style there are some techniques that are as different as night and day.

“Kung Fu kicks are the total opposite of what we do in Kara Ho,” said Ka’imi. “Our kicks extend from the hip toward the target…we bring up our knees then snap the kick out then we bring our knees back to the hip and down. In Kung Fu they use the entire leg and they seldom bend their knees, most of the kicks flow in a circular movement. Kung Fu will never thrust a kick, which is something we do in Kara Ho.”

Mixing styles, even when those styles are somewhat complimentary in origin to each other requires a certain mindset and a willingness to let go of what you’ve already spent years learning in an effort to embrace new ideals.

“I definitely had to empty my cup and start all over again when I began studying Kung Fu,” said Ka’imi. “I had to let go of my Kempo training in order to learn what (name ) was teaching. There wasn’t any way I could mesh the two together and still learn a new style.”

An example of how each style would differ when used in a self-defense scenario, Ka’imi says that if she were defending herself using Kara Ho against someone grabbing her arm she would apply pressure to his hand then break his elbow with her forearm, then with the same hand she would punch him in the nose, then chop him in the throat and finish off the attack with a back knuckle between the eyes.

“Now if I were using Kung Fu techniques I’d use a front kick to the groin followed by a crain strike with my left hand to his face,” Ka’imi said. “Then I’d finish him off with a palm strike to the jaw. Of course you could easily use a combination of Kung Fu and Kara Ho in any self defense situation this is just an example of using a specific style in a specific situation.”

There is however one Kung Fu technique that would not normally be used or taught in Kara Ho.

“The one thing we wouldn’t use in Kara Ho is the Chinese Long Fist,” said Ka’imi. “In using the Long Fist you step into a bow and arrow stance and using a twisting action of the waist to generate the movement you extend your left and right arm straight out so that you’re hitting with more of your forearm. It took a while for me to appreciate the technique and even longer for me to learn how to use it with enough force to be effective, but now that I can actually hurt somebody with it I like it.”

Kara Ho is designed to get the job done quickly and much of their fighting is done in close whereas in Green Dragon Kung Fu they like to keep their opponents at a distance. This difference in fighting philosophies is another bridge that Ki’ami Kuoha is learning to cross when push comes to shove.

“In Kara Ho we’re straight to the point,” said Ka’imi. “We get inside mix it up at close range and Kung Fu is very big and open attacking from outside. In that respect it’s just the opposite of Kara Ho.”

On the subject of self defense gender doesn’t come into play when considering what kind of techniques work best. According to Ki’ami Kuoha there is no difference between women’s self-defense and men’s self-defense, there is only effective self-defense.

“I learn the same techniques as the men do,” said Ka’imi. “If there is a difference is may be that a man might attack a woman differently than he would another man. A guy probably wouldn’t go up to another guy and try to put him in a bear hug, unless he was much, much bigger than the guy he’s attacking. Or, a guy wouldn’t try to pull another guy into a car by yanking him by the wrist. However putting a woman in a bear hug or grabbing her by the wrist may be something a man would do to a woman. But the way in which a man or woman would defend themselves against such an attack would be pretty much the same. Of course a woman may be wearing high heels which can be an effective weapon when you stomp down on a guy’s foot, but by the same token a man, even without the aid of high heels can also do a lot of damage by smashing his heel against an attacker’s instep.”

One of the most aspects of self defense for a man or woman and regardless of style or system is to learn how to relax in the heat of battler. Mental clarity is a bi product of martial arts training and being able to focus without panicking is an important key to victory.

“Staying clam, focused and relaxed in a fight is very important,” said Ka’imi. “The biggest problem people have when facing a confrontation is that they get tense and start yelling, subsequently losing all their composure. Once that happens you can’t think let alone react to an attack. My dad says when a person loses their cool they are at their weakest point and most vulnerable. Dad believes that a person is at their strongest when they go home, sit in an easy chair and are totally relaxed. So I believe that when you’re in a confrontation it’s best to stay relaxed and then go with your instincts and training.”