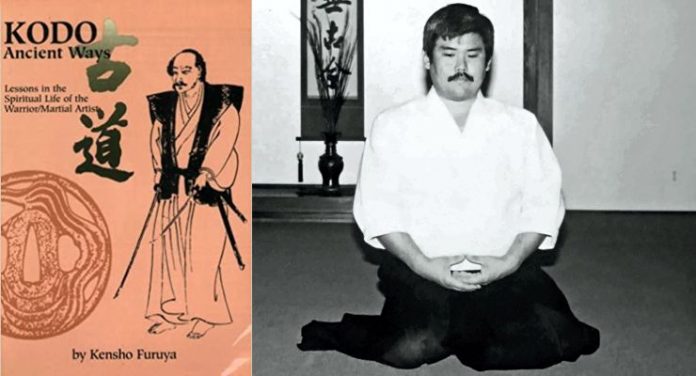 KODO: Ancient Ways: Lessons in the Spiritual Life of the Warrior/Martial Artist is a compilation of columns that appeared between 1988 and 1995 in Martial Arts Training magazine. In this ever-changing world, traditions are often being cast aside as people search for novelty and progress. The 41 essays in this book are inspired by the teachings and wisdom of the ancients who devoted their lives to instruct others. Their ideas are preserved in this volume to inspire and guide readers in training and in life for years to come.

Kensho Furuya is the resident chief instructor of the Aikido Center of Los Angeles and the Los Angeles Sword & Swordmanship Society Kenshinkai, and he currently holds the ranks of sixth dan in iaido and sixth dan from the Aikido World Headquarters. In 1989, he was ordained as a Zen priest under the Most Reverend Bishop Kenko Yamashita of the North American Headquarters of Soto Zen Buddhism.

Shidoshi: The Four Ways of the Corpse Review

The 47th Ronin by Dana Abbott

Dana Abbott - November 8, 2013
We use cookies to ensure that we give you the best experience on our website. If you continue to use this site we will assume that you are happy with it.OkRead more