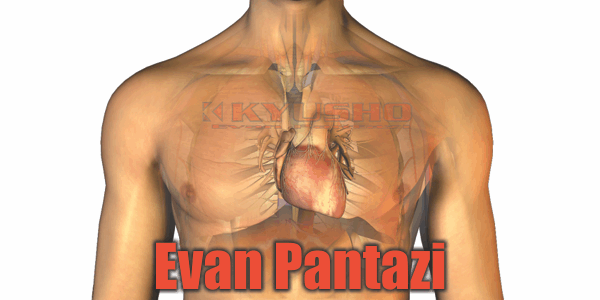 Most Martial Artists today spend decades of their life researching and practicing the physiology of a punch, kick, grab or manipulation of the human body, but not the physiology of the body functionality itself. So few seek the ancient knowledge of  the vital areas (kyusho) inter-relationships or anatomical structures that most efficiently accomplish these skills, or can in reverse engineering; incapacitate the same functionality of an opponent. These structures or components are one in the same and inseparable, yet most seek just the cause and not the effect or how to cause specific effect.

We as serious Martial Artists need to ask why this is so, if we are to fully understand let alone accomplish the total experience. Why would any master, expert or student not want to know the weaker structures of the body and how to affect them more efficiently or strategically, is this not what we do or quest for? Why would some spend more time refuting, denying or ignoring that there are weaker anatomical targets that their style is based on, as opposed to researching and experiencing this fundamental base? This was the secret all Martial Artist sought, yet now that it was found and presented, it is largely shunned. To properly understand the ancient styles and forms of the Martial Arts, we must understand the totality of the human body.

As Martial Artists we live by a code that is a state of constant refinement and quest for efficiency, this is our passion. We constantly work to develop strategy and physical abilities that will overcome an adversary (primarily our own prior limitations), much larger or stronger than ourselves. We constantly work to improve not only our muscle strength, flexibility and endurance, but also that of muscle memory. This is all attained through incalculable repetition at the surface level, but at a mental, spiritual and neurological level at its core. As such we constantly work to refine and develop our neurological motor skills by rewiring our internal messaging and physical skill to be automatic in response. Yet few will expend the time or effort in targeting these same physiological aspects to inhibit or incapacitate them in an adversary.

So again the question arises; why would the perpetual student, master or expert not seek deeper understanding of the nervous, muscle, autonomic and motor systems of the body? Why would they only seek to learn half of the whole? And why would we or anyone dismiss this obvious connection or totality, especially without full effort first?

Please understand that these questions are not asked to demean, but rather to hopefully initiate the search for the whole in more participants of the arts… no matter what style the individual trains, as it is never the art or style that is the ultimate resource it is always their individual soul.

To explain further if we take a punch to the head of our opponent: The typical Martial Artist will try to deliver the most powerful blow, with the most conditioned weapon on which they spent countless hours training and conditioning with absolute focus and study, yet when that finely honed weapon is used, the aim is general and with no effort to land on the most efficient target or structure on the head. Without such study on the best places or targets of the head or the ramifications or body reactions to that attack, how can we ever attain our full potential? We must study the anatomy and physiology of the anatomy to complete our training on both the external as well as internal sides. By training only half of the total possibility, we can only ever achieve half of the potential. Now what if we could do all of this without seriously or permanently damaging the other individual, is that not the epitome of a true Artist? No it is not myth, not a dream, not BS, it is real and it is Kyusho.

This raises yet another question; how can we pass on this ancient knowledge and skill prescribed by their styles founder if we do not use all that the founder documented? Now here is a rather harsh reality we must take into account; how can one claim to be a master or expert when we only learn, study and teach half of the totality of the art? And how could we even be considered a student if we ignore, dismiss or condemn without research or experience, is it not the responsibility or calling of a student to seek all aspects of their given field of study? 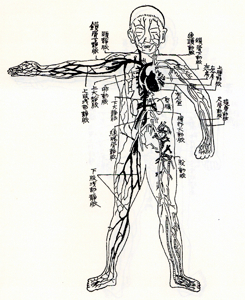 In Shotokan, Funakoshi documented Kyusho (vital point targeting) in his writings, but it is not widely known, trained or revered as part of the style he founded.

In Tae Kwon Do, General Choi documented the vital points or Kyusho in his writings as well, yet it is not known, understood or utilized as the founder had intended.

In Ninjitsu, Seiko Fujita not only documented the vital points and their effects on the human body, but also that of 15 other styles in his writings.

In Judo founded by Jigoro Kano, there is documented though rarely taught Atemi Waza.

In Wing Tsun the wooden dummy form and practice was to train the proper way to apply the Dim Mak (deep Kyusho) or the blood/nerve targets of the body.

In Aikido Ueshiba wrote that Aikido was 80% Atemi (point targeting)… So why is this not trained accordingly? 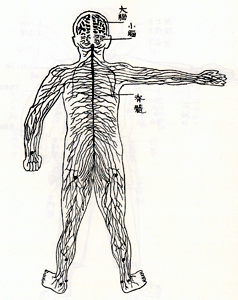 Elders of Chinese, Okinawan and Japanese pugilism documented these Kyusho and or Dim Mak targets in so many forms such as the Bubishi, Secret Style Notes, Scrolls and more importantly embedded in the Katas, Forms or Kumites. When we take all of this into account we cannot dismiss that Kyusho is real, that it is not worth the study or effort, because the founders of each art did. It is the truth of the whole picture as opposed to the cover of half that we must seek, realize and build on… especially now that we have the good fortune it has surfaced from the obscurity it was once captive by. We must now keep it alive and help it perpetuate so that we may help our fellow Martial Artists in turn help yet more people find this totality.

More and more the students, not the instructors are searching and finding the truth in studying the arts in their totality, which includes the Kyusho so ignored, refuted or dismissed by instructors. Kyusho has now in modern times has reached critical mass, whereas its truth and the quest by hungry students is self-perpetuating and can no longer be shunned by instructors if they are to retain the student. We can see even the mainstream is picking up on the use of these vital points and using it more and more in movies, books and advertising. A couple of the newer movies (of a long list) were Sherlock Holmes and Jack Reacher. Even Dan Brown author of the DaVinci code is writing about it in his latest best seller Inferno… it is even mentioned in TV ads for mattresses! So why are Martial Artists the last hold outs on this ancient and thriving aspect of the arts?

Kyusho is real and it is very simple when learned and practiced correctly… one strike can end a situation and yes it is street effective if that is the goal. And before the inevitable question arises, it is already being used in the MMA matches. The aim here is not to sway you to a particular group or method, but rather to first inform you of what Kyusho really is, how it works and then how we can all help the Arts and others benefit with it, but more on that later in this series of articles that aim to set the record straight on what Kyusho is and how it can benefit us all in the arts.

If you have questions pertaining to Kyusho is Real email Evan Pantazi at: evan@kyusho.com, we may even add it to the next article.