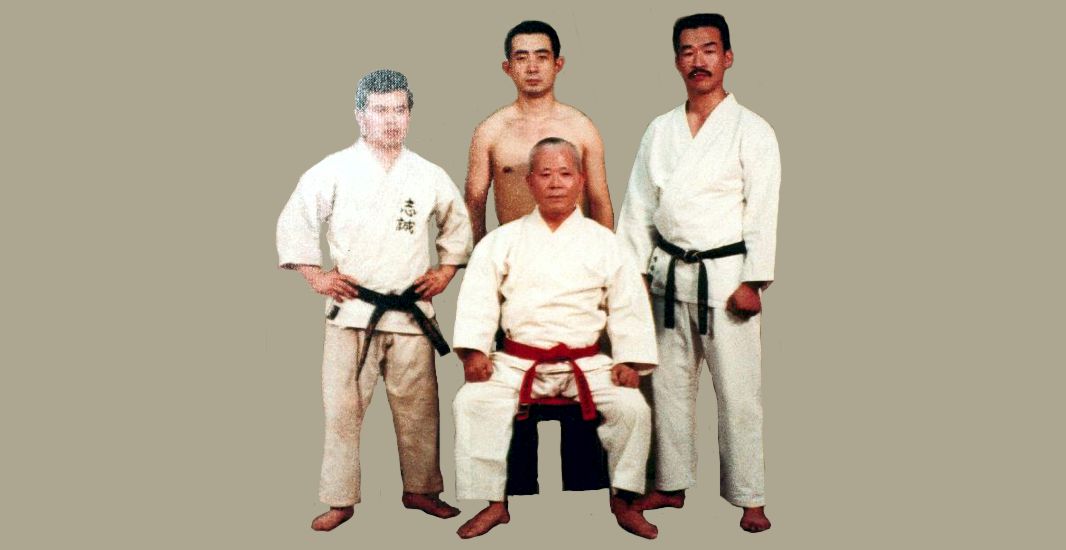 Master Makoto Gima was born on September 28, 1896 in Okinawa. After graduating from Okinawa Shihan Gakko (Higher Normal School), Mr. Gima studied in Tokyo at Shoka Daigaku which is presently Hitotsubashi University. In 1912, under the guidance of both Masters A. Itotsu and K. Yabe, Mr. Gima chose the way of karate.

Weak since infancy, it was through Makoto Gima’s study of karate that he became healthy and strong. Eventually he became a master both martial arts and scholastic studies.

In 1922, Master Gichin Funakoshi, who later would found the Shotokan School of Karate, traveled from Okinawa to Tokyo and established a dojo at Meisei-Juku, which was a dormitory for his Okinawan students. Mr. Gima began training with Master Funakoshi’s and became Assistant Instructor at the first karate dojo on mainland Japan.

Later, Mr. Gima participated as a partner with Master Funakoshi in order to expand karate in Japan. In March 1923, Master Funakoshi promoted Makoto Gima to the rank of 1st Degree Black Belt. In January 1956, Mr. Gima received his 10th Degree Black Belt from Master Kanken Toyama of the Karatedo Shudokan. During Master Gima’s karate history, he had the opportunity to observe the formation of the Shoto-kai, as well as the Japan Karate Association.

Significant dates in the life of Master Makoto Gima

Thousands Mourn the Death of Sr. Grandmaster Edward B. Sell