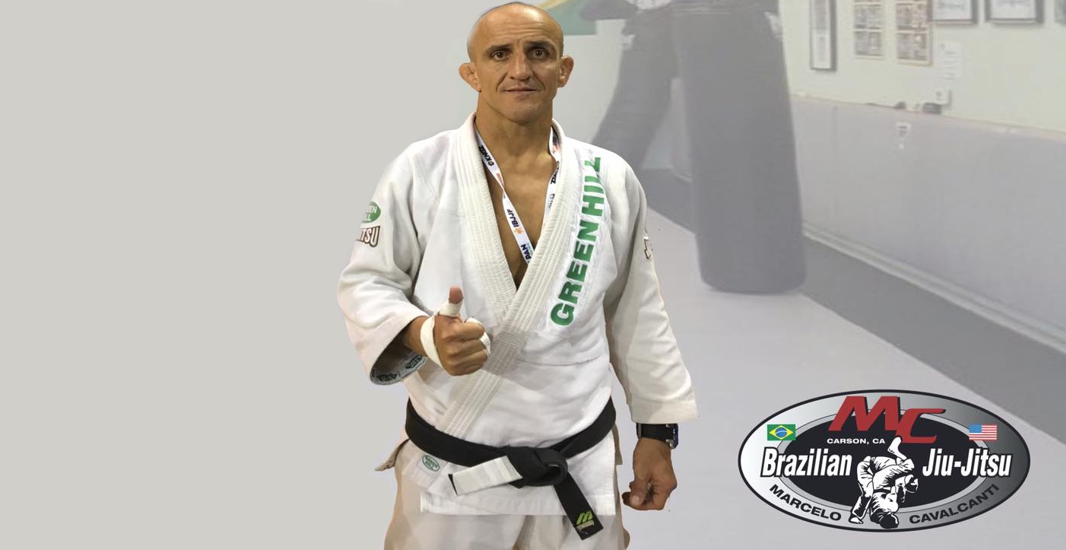 Marcelo Cavalcanti is a Brazilian Jiu-Jitsu Black Belt under Rigan Machado and has been training in Jiu-Jitsu for over 20 years. Marcelo devotes his life and career in teaching, training, competing, and fighting in Brazilian Jiu-Jitsu and various other Martial Arts. The secret to Marcelo Cavacanti’s success has always been his students. He strongly believes that without his students, he himself would not be able to be the place that he is today.

Marcelo Cavalcanti was born and raised in Rio de Janeiro, Brazil. He began training in Brazilian Jiu-Jitsu in 1990 following his brothers. Marcelo began training with Grandmaster Carlson Gracie and instructors Ricardo Leborio, and Marcus Vinicius. In 1998, Marcelo arrived to the United States to continue his life training in Brazilian Jiu-Jitsu at the Rigan Machado Academy. After much hard work and dedicated training, competing, and teaching, Marcelo Cavalcanti in 2004 was awarded his Black Belt under Rigan Machado.

Today, Marcelo owns and operates the MC Brazilian Jiu-Jitsu Academy in Carson, California and MCBJJ Visalia also in California. Marcelo has also been reaching out to the community by offering seminars to other academies and different types of schools such as “The Braille Institute” and other after school programs such as the “YMCA” in the South Bay Area. This type of community support has changed many lives, including his own life. Professor Marcelo Cavalcanti says that, “There is no greater feeling like reaching out to the men, women and children so that it may build self-confidence, self-discipline, and the respect needed to progress through life. My objective is to use my knowledge, ambition, and craft to share this complex and brilliant art of Brazilian Jiu-Jitsu to the community.

Marcelo Cavalcanti says, “Together, my students and I have become champions and won numerous titles in the most world renowned tournaments. We have won titles in Grappler’s Quest, Worlds, Pan-Americans, and in the National and International tournaments”. Marcelo further adds, “All of my students have learned to love Jiu-Jitsu with as much passion as I do. They are growing not only as Jiu-Jitsu players, but as honorable individuals and sharing the knowledge I have acquired to others”.

Marcelo Cavalcanti would like to say thank you to all who contributed to the growth and improvement of MCBJJ Academy. He had the privilege of training under Mauricio “Tinguihna” Mariano and the rest of the TBJJ team for over 6 years.