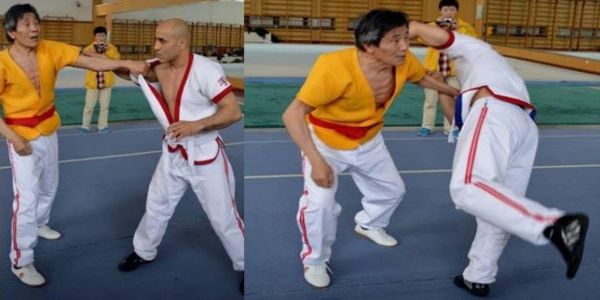 Recently, I saw a Facebook video of a grappling competition, between a freestyle wrestler and a Brazilian Jujitsu practitioner. There are a lot of Youtube videos with titles like “Muay Thai vs. Kyokushin” or “Kung Fu vs. MMA” but what I liked about this particular video was that both practitioners were wearing the clothing appropriate to their art, which made them easily identifiable. The wrestler wore his singlet and wrestling shoes. The BJJ fighter wore a grappling shirt and shorts. The next thing that was special about this match up was that both men fought according to their distinctive styles. In this modern era of open grappling tournaments and MMA fights, most champion fighters are so well-rounded that the imprint of their original martial art is often barely visible.

The litmus test, for a fighter looking like his or her style, would be Ronda Rousey, who, in spite of being incredibly well-rounded, and in spite of having won her UFC 190 fight completely with striking, usually looks like a judoka. Watching her fights, it is generally clearly obvious that she comes from a world-class judo background. Lyoto Machida definitely owes much of his success to the fact that he fights like a karate man and both grapplers and strikers find it difficult to break inside of his unusual footwork. Another example would be Cung Le, whose san da background is evident in his MMA fights. But, when GSP defeated world-class wrestler Matt Hughes, did he really look like a kyokushin fighter? Or is there anything about Roy “Big Country” Nelson to suggest that his first martial art was kung fu?

In this video matchup between the wrestler and the BJJ practitioner, the BJJ guy kept trying to pull guard, to take the fight to the ground, where he would have the advantage. The wrestler was clearly looking for, and got, the takedown, which is his strength. Once he engaged, the wrestler executed a suplex, followed by a high-crotch takedown. He slammed the BJJ guy so hard that the referee stopped the match.

It was the comments posted on this video which caused me to write this article. “its not the name of the style… Its the practitioner”, “Jujutsu is wrestling, Judo – is wrestling”, “There are not ‘greco technique ‘ of ‘BJJ technique , ‘judo technique’ or ‘free style technique’ There are only ‘RIGHT TECHNIQUE’ and ‘WRONG’”.

Recently, I have heard a lot of people claiming that there are no martial arts styles, only “good technique” and “bad technique.” But this is simply not the case. Some techniques are similar across multiple styles, for example, a shoulder throw can be used in judo, shuai jiao, submission wrestling, or even san da. But other techniques are not. And if a particular style lacks a particular technique, the practitioners normally don’t drill the defense to that technique. Boxers, for example don’t practice sprawl, because there is no single or double leg takedown in boxing. Wrestlers don’t practice passing the guard, because that situation doesn’t exist in wrestling.

Styles definitely exist. And for that reason, when people wish to excel in mixed style events, like open grappling tournaments, or MMA fights, the best fighters tend to be complete fighters who train in multiple styles. 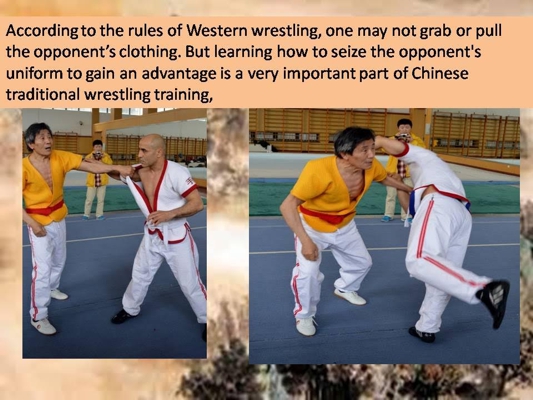 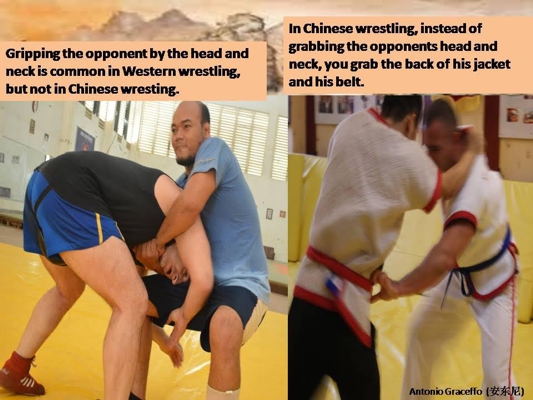 In Greco-Roman wrestling we were practicing dropping to one knee and executing a fireman’s carry (without touching the opponent’s leg). This method is not taught in san da, shuai jiao wrestling or boxing.

In freestyle wrestling we were working on cat’s cradle pin. This technique is not taught in san da, Greco-Roman wrestling, shuai jiao wrestling, or boxing.

In freestyle, we also worked on ankle-pick which is not done in san da, Greco-Roman wrestling, shuai jiao wrestling, Kepap, judo, or boxing.

In Catch wrestling we were learning knee and ankle submissions. These techniques are forbidden, and thus not taught, in san da, Greco-Roman wrestling, freestyle wrestling, shuai jiao wrestling, boxing, or judo.

In sambo we were learning knee compression submissions. These are not taught in san da, Greco-Roman wrestling, freestyle wrestling, shuai jiao wrestling, Kepap, judo, or boxing.

In submission wrestling we worked on turtle defense and reversing an opponent who was turttled up, so you could get the pin. Turtle position doesn’t exist in san da, shuai jiao wrestling, Kepap, or boxing.

In judo we learned how to use the opponent’s gi top to choke him. This is not practiced in: san da, Greco-Roman wrestling, freestyle wrestling, shuai jiao wrestling, Kepap, catch wrestling, submission wrestling, or boxing.

Styles clearly exist. For this reason, to be a complete fighter, one must study multiple STYLES.

How to Talk to Kids about Bullying

Kum Do is the Korean Art of Sword Fencing