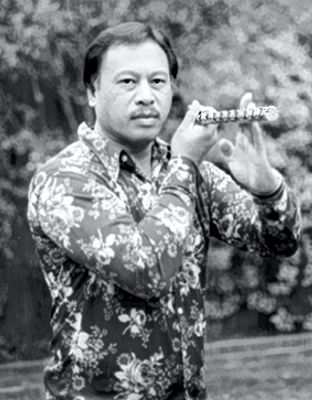 Along with Grandmaster Angel Cabales, Grandmaster Sarmiento’s family style of Kadena de Mano was a major influence in the development of the Inayan System of Eskrima as taught by Mangisursuro Michael G. Inay. Along with Mangisursuro Inay, Grandmaster Sarmiento was a founding member of  The West Coast Eskrima Society or WES, an association of Eskrima masters in California founded in 1979 for the purpose preserving, propagating, and promoting the Filipino martial arts. The society was able to unite several Filipino masters under one organization. Among the notable Eskrima masters who joined WES along with Max Sarmiento, included Mike Inay, Jimmy Tacosa, Jeffrey Elliott, Sam Tendencia, Dentoy Revillar, Gilbert Tenio, Leo Giron, Narrie Babao, Dan Inosanto, and Richard Bustillo.