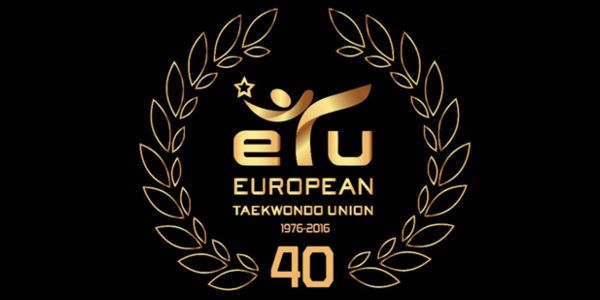 Athens (August 26, 2016) – The Olympic Games of Rio 2016 have come to their successful completion, and they have delivered the Olympic flag to the successor city of Tokyo, but for the European Taekwondo the celebration has just begun! The European Taekwondo Union will host the 40 Years Anniversary Gala in Bucharest, Romania, on the evening of Friday, September 9, 2016. The Gala dinner will be held in DAIMON Club (10 Calea Piscului st., Bucharest, Romania), where the TOP European athletes will be awarded.

Delegates, partners and personalities who contributed to ETU evolvement will also be awarded.

Media representatives may be accredited for this event by ETU. Due to limited seats of availability, all media will be served on a first come-first served base. Because of time restraint, you are kindly requested to complete and send the application form http://taekwondoetu.org/media/documents/ACCREDITATION_FORM_ETU40YEARSGALA_2016.doc to mediaetu@gmail.com until Friday September 2, 2016. Media material will be also available during the event.

Media Operations of ETU in Bucharest: