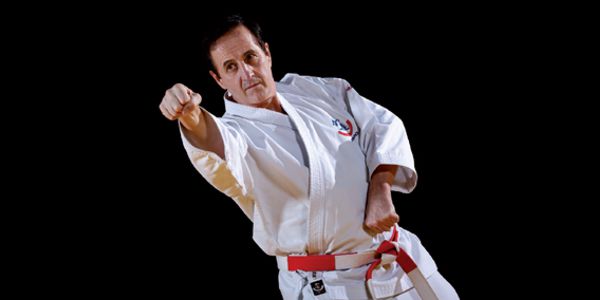 Patrice Belrhiti (Jacques Abderrahman) was a French karate champion and one of the top competitors in Europe. In 1969 he moved to Japan to train with Mitsuho Ashihara 8th Dan who housed him for 2 years. While there he retested for his Black Belt and received his 1st, 2nd Dan and 3rd Dan from Hironori Otsuka Maître, the creator of the Wado-ryu method. Jacques won the Northern Japan Karate Championships. In 1975 he returned to France and changed his name to Patrice Belhriti and he was selected as a member of the French National Team. He won the European title in all categories in Ostend (1975) and Tehran (1976) and won the bronze medal at the world championships in Tokyo. In 1980, at the age of 28, he left the team and stopped competing.

Patrice Belhriti was awarded the rank of 8th dan by the National Commission of the French Karate Federation and he has been the national head of the Wado-ryu style since 1981 and has been president of the European Federation Wado-kai since February 11, 2006.