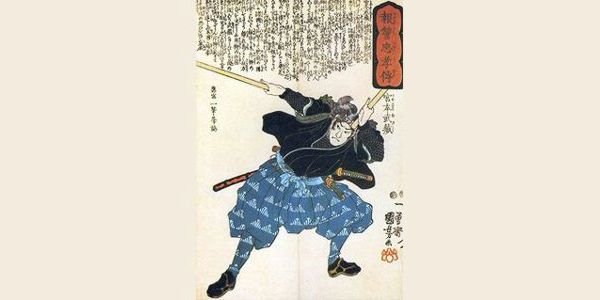 For those of you who are traditionalist you may tend to discriminate against Reality Based martial arts, especially against the work of Jim Wagner who coined the term you now hear everywhere, even from traditional martial artists. But what people fail to observe is that Jim’s ideas aren’t knew, in fact, the best warriors through time have practiced realty based concepts. I will use three man from three different eras of time, race, and art. For reality based I will use Jim Wagner, since he is consider the father of the term.

Miyamoto Musashi (宮本 武蔵) the author of the Book of Five Rings was a famed swordsman born in Shinmen Takezo in Harima Province in 1584 Japan. He had killed over sixty men in fights and duels, and this book is his teaching on the art and strategy in combat which he had used. I will compare his thoughts and philosophy with Jim Wagner’s. (I will be using Book of Five Rings, interpreted by Stephen F. Kaufman ©1994)

I now would like to introduce a man who has a certain connection with both Jim Wagner and Miyamoto Musashi. This man is known around the world and also believed in reality based training. This man is the legendary Bruce Lee. It’s no secret that the father of Reality Based, Jim Wagner and the development of Reality Based was greatly influenced my Bruce Lee. Bruce had his own version of “reality based” martial arts, and Jim gives credit to Bruce for the creation of hybridization which “ultimately paved the way for reality-based martial arts”.

Jim learned not only martial arts, but the history of Jeet Kune Do from one of Bruce’s number one student’s, Dan Inosanto and also from Richard Bustillo. Jim took with him the philosophy of Bruce Lee, who advised martial artists to take from every system what was useful, and disregard what was useless. Bruce Lee practiced the art of Wing Chun but later denounce the art, “reason for my not sticking to wing chun is because I sincerely felt that my style has more to offer regarding efficiency.” (Bruce Lee Letter to Wing Chun master William Cheung 1969, Jun Fan Jeet Kune Do Magazine 12/97 pg. 25) He like, Mr. Wagner, believed that “combat is always fresh, alive, and constantly changing.”(pg.27). According to Bruce’s wife Linda Lee, one of Lee’s favorite books was the Book of Five Rings (pg.11), so we can once again see Miyamoto Musashi influenced in Reality Based Martial Arts.

Ninjutsu The Secret Art of the Ninja