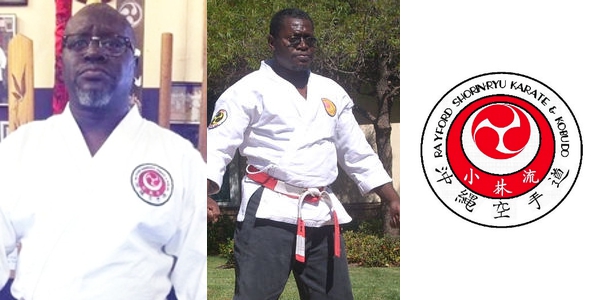 Sid Rayford initially began his martial arts training at age 7 in the art of Shito-Ryu Karate in 1969. Under the instruction of Sensei Augustine Gomez in Avenal, California. Sid Rayford continued his training for 21 years. During his years of training in the art of Shito-Ryu karate, Sid Rayford was successful in point style and full contact competitions held in Long Beach, California each summer. As an adult, Sid Rayford relocated his young family to Hanford, California in 1990 where he met and became friends with Sensei Tim Evans. Sensei Evans was then training in Matsubayashi Shorin-Ryu and also had an extensive background in Jeet Kune Do. Sid Rayford began training with Sensei Evans and became Sensei Evans’ first Black Belt.

Honors and Awards
Throughout his training under Sid Campbell, Sid Rayford was annually presented with awards from the World Okinawan Shorin-Ryu Karate & Kobudo Association. Best Kata Artist, Best Bunkai (technique application) Artist, and Instructor of the Year are among awards that were regularly presented to Sid Rayford.

In 2003, Sid Rayford was inducted into the Masters Martial Arts Hall of Fame in Newport Beach, California and presented with the Life Achievement Award for 25 or more years in martial arts. This induction was made possible by the nomination of Sid Campbell.