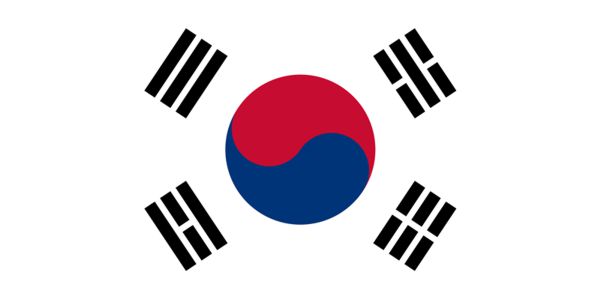 Tang Soo Do is a Korean martial art with an emphasis on kicking. Tang Soo Do stylists use what they feel are the strongest weapons on the body, the legs. They feel that kicks have the greatest potential to produce the most powerful strikes and are the most difficult strikes to retaliate against. Tang Soo Do is made up of the flowing movements of the Chinese systems, the linear, strong movements of Karate-do and the kicking of taekkyeon. Tang Soo Do is approximately 60% SooBahk Do, 30% Northern China Kung fu and about 30% Southern Kung fu. The literal translation of the words Tang Soo Do are as follows, Tang means T’ang Dynasty of China and reflects the influence the dynasty had on the art, Soo means hand but implies fist, to strike, to punch or to defend, and Do means “way of life” or art. Put Together, Tang Soo Do means “China hand way”, or “Way of the China hand”.

Tang Soo do is a mixture of the hard external style of Soo Bahk, and the soft, internal style that comes from the Northern Chinese systems. You can see this in the hyeong forms that are studied in this art.

There is no one person who is said to have created Tang Soo Do. The first instructor of Tang Soo Do in Korea was Lee Won Kuk who operated his Chung Do Kwan or Blue Wave School. Lee Won Kuk received his Dan ran from Gichin Funakoshi in Japan it is said that he studied taekkyeon in An Gup Dong, Seoul, Korea and kung fu in Henana and Shanghai, China. He was an instrumental part of developing Taekwondo.

Moo Duk Kwan is the art from which most Tang Soo Do stylist trace their lineage, and Hawng Kee is considered the founder of Tang Soo Do. He studied the Chinese arts in Manchuria and we know that he was influenced by the Korean arts of taekkyeon and subak. Believe it or not, Hawng Kee learned much of what he developed into exercises in oo Duk Kwan from books. One such “curriculum” on Okinawan karate was written by Gichin Funakoshi. In 1957, Hawng Kee discovered a Korean text entitled Muye Dobo Tongii (written in 1790). He then created the formal exercises used in Soo Bahk Do, Moo Duk Kwan and other simular arts and some styles of Tang Soo Do, from the techniques he found in the Korean text.

Many Kwan systems were formed after the liberation of Korea in 1945 and even more around 1953 after the Korean War. In 1955 all theses Kwans were forced to unite under the common name of Taekwondo by South Korea’s President Syngman Rhee. In spite of coming together under one name, the Kwans continued to teach their own particular styles and in 1961 an organization was finally formed under which all the Kwans in Korea had to unite, the Tae Soo Do Association later renamed the Korea Taekwondo Association by General Choi, it President at the time.

Those kwans who were influenced by Moo Duk Kwan continue to develop a version of Tang Soo Do that was fluid with soft movements from the Chinese martial arts and kicking techniques from Korean Taekkyeon.  Other more modern Tang Soo Do “kwans”  teach what is basically Korean karate. There are those who teach a Tang Soo Do that existed before the merger of the Kwans and from before  modern Soo Bahk Do Moo Duk Kwan and they are influenced by Korean culture and Okinawan karate as taught by Gichin Funakoshi in Japan.

The term Tang Soo Do is used mostly in America and in Europe. Today’s Tang Soo Do is distinctly Korean but it is different from Soo Bahk Do and Taekwondo.

The practice of Tang Soo Do includes forms (hyung or hyeong) and what is called One-step sparring, which is choreographed self defense technique sequences practiced between two individuals. Students also participate in free sparring based on the 3 point system or the two minute rule.

Tang Soo Do uses the colored belt system that was put together by Jigoro Kano and used by Gichin Funakoshi in Karate-do. As in many arts, there are minor differences in belt color within organizations and schools. There are no 10th dan ranks in Tang Soo Do as 10 is considered the number of perfection. Originally only three belt colors were used by Hwang Kee, (who develped Korean martial techniques into the exercises used in Tang Soo Do) white, green, and red belts.  Throughout the years different color belts were added until the typical color belts were white, yellow, orange with stripes, green with stripes and red belt with stripes. There is variation in this ranking system and other color belts have been added due to western influences.