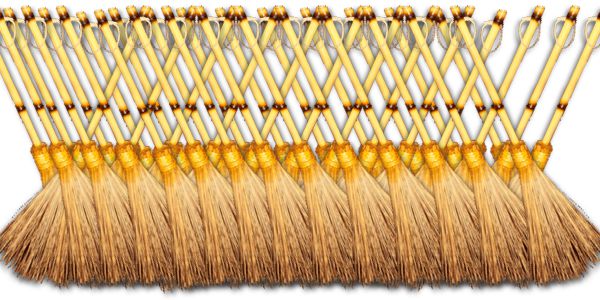 The stories you are about to read are true and have been lived out by the Old Sensei. There are lessons to be learned at an early age and this is one of many.

I am nine years old and I have lived with Sensei now for three years on big WAKIKI. It was beautiful, a paradise for tropical wonders and man. The jungle, the beach and martial arts all blended into sort of a dream for me.

I had lost my parents when I was four years old and had to live with my uncle. He was a mean man and I didn’t like him. One night he hit me and beat me for not taking out the trash and I decided to run away. He was always screaming. I think he missed my dad. I really believe he was forced to take care of me.

Well, of course I didn’t go far before I was found and punished. I was told not to leave my little hut where I lived. You might say I was grounded without privileges.

Sand, ocean and jungle are not much for a six year old to do. Plus, I was extremely lonely and missed my parents. I remember sneaking out late at night, walking down to the huge ocean to sit at the edge of the water pretending to see the mainland and all the wonders I had read about in the magazines. We had no television, not even a radio, but even then I had dreams that one day I would leave this beach and start my journey.

One night I couldn’t sleep, so I went down to the beach and what I saw would change my life forever. In the ocean, late at night, in the crashing waves of Waikiki, I saw my first real Karate. Groups of black belts were in the ocean doing kata underneath the moonlight. I was overwhelmed and from that moment I knew what I wanted to be, a black belt, a real blackbelt.

The next morning I ask my uncle about the late night karate class. He was mad that I even knew about it. Nonetheless, I would go down to their workouts on the beach. I was only six years old and scared to death, but I knew this was my destiny.

I started to go everyday after school to the tiny little hut they called a dojo. No carpet, no mirrors, no air conditioning just a tiny hut, thirty foot by thirty foot in size with sand all around.

Soon, I was there every day and night. Then one day, Sensei Kishi told me I would be staying with him instead of my uncle. I really don’t know all of the details, but Sensei would be training me and sending me to school. I guess I was traded for something, I never found out what. Even on my uncle’s deathbed he would not tell me.

Now I would be training everyday and night studying Budo.

The most important lesson I learned from Sensei Kishi was taught me when I was nine years old and the lesson has stayed with me forever. I had just finished my chores around the dojo and I wanted to go surfing with my friends. The wind had just picked up and the waves were breaking ten to fifteen feet off the north end of the shore. It was perfect!

I told Sensei Kishi I was done and I was going to go out in the water. He looked up at the sky and said, No, bad weather coming, you not surf today, too dangerous, you stay and train.

Well, it was the first time I ever argued with him. I didn’t really argue, I just kind of smarted off to him and said, What? You don’t surf. All you do is karate. I need a break every now and then you know. I’m sick of training. All I do is train.

It would be the last time, the only time I would ever raise my voice or smart off with a bad attitude to Sensei Kishi again. Without hesitation or emotion Sensei Kishi said, I want you to walk into town to the hardware store and see the manager, Mr. Williams. I need for you to pick up forty brooms and bring them back here before the storm comes.

Sensei had never looked at me like he did that day. I had done something I had never done before and he was teaching me a lesson. Of course, I didn’t understand it at the time. I was mad because I could not go surfing and now I had to go pick up forty brooms in Honolulu, which was a ten-mile walk.

About half way down that sandy road to Honolulu I realized I didn’t know how I was going to carry the forty brooms back from town? Then it happened. The loudest thunderclap I have ever heard and then the rain came down. It was hard rain.

I was so mad I was crying. Why would he make me walk in a storm and why was I going to town to pick up forty brooms? I was so concerned with my own being I had forgotten about the lesson. The lesson I was to learn was never to question, just do what I was told and do and do it with the proper attitude. Most of all it was about respect.

He knew the storm was coming and he knew I could have been killed in the waves. A couple of kids had drowned. He was just taking care of me like he had done for all these years. But still, what about the forty brooms?

I finally got to the hardware store, soaking wet and scared because I didn’t know what to expect. Mr. Williams had received a phone call and was expecting me when I walked in the store. He had put duct tape around both ends of the handles of the brooms so I could drag them back to the dojo.

I could see Mr. Williams felt sorry for me. I was a big kid but I was only nine years old and a major storm had hit Honolulu. Mr. Williams said, Kid, I will let you take the wheelbarrow. Just bring it back. I don’t know what you did to make Sensei Kishi so upset!

Well it helped a little but not a lot. Sand, rain, hard rain, a wheelbarrow and a kid pushing it for ten miles, well you can imagine. I was exhausted physically and mentally and I cried a lot that day. I learned the lesson, never talk back and always respect your elders, but most important, never question or raise your voice to Sensei, for he is the teacher. Osu.

I finally got back to the dojo and was met by Sensei at the door. He looked at me and I broke down and cried again. I said I was sorry for my attitude and it would never happen again.

I believe that day changed my life. I can’t remember ever getting that upset again. Sensei Kishi and I bonded that stormy day like father and son. Oh, by the way, what happened to the forty brooms?

That night Sensei Kishi demonstrated Kyoshi-Jujitsu. He gave the brooms one at a time to each blackbelt present. Then he instructed each blackbelt to attack him with an overhead or thrusting strike, broom handle forward.

What I saw next I have never seen again in my entire world travels. He broke the brooms in half. The punch from the arm symbolized the attacking blow. He was so precise that he would break it low symbolizing the wrist and then high which would be the elbow breaking.

He stopped at thirty-nine and said, Gary get the last broom and bring it to me now! I was so scared and it was so silent you could hear a pin drop on the sand. Remember there were over thirty black belts there plus all the students. No one knew what my day had been like or the lesson that I had learned, but that was okay because I did learn.

So, I took the last broom, got into attack position and waited for Sensei to kia for my attack. I waited and waited. It seemed like forever. He moved, I screamed and thrust the broom forward as hard as I could with my body and soul. He caught the handle, flipped it over, swept me to the floor and was sweeping my face and body and he had done it all in only three seconds from the time I had thrust the broom at him. Wow! He could have broken my arm and taken me out of the picture. He helped me up, hugged me and we both said osu. For the very first time I realized what osu meant. RESPECT, RESPECT, RESPECT!